During 2019, FM set out to talk with Gen Y (Millennial) and Gen Z management accountants about their goals, work preferences, and priorities and to get a sense of how employers could best retain and develop workers in those generational cohorts. We did so with data from the Deloitte Global Millennial Survey 2019 in hand. The annual survey showed two groups that were at once ambitious professionally and concerned about issues including climate change and business having a positive impact on society.

Deloitte's 2020 report — not unexpectedly — shows a changed picture. The report is based on two sets of surveys, one done in autumn and winter, the other, a "pulse" survey on a smaller scale, carried out in the midst of the COVID-19 pandemic. Previously seen concerns about the environment and income inequality remained and were joined by worries about health care and disease prevention. In general, the pandemic seemed to have lessened stress levels among Gen Y (Millennial) and Gen Z workers, a surprising finding when the survey noted that only a third of Millennials and 38% of Gen Z reported that their employment/income status had been unaffected by the pandemic.

And the 2020 survey results showed continued erosion in Gen Y (Millennial) and Gen Z views of business. "In the primary survey, barely half of Millennials (51%) said business is a force for good, down from 76% just three years ago and 55% last year," the report states. "Five months later — while offering flattering opinions of companies' pandemic response — only 41% of Millennials (and 43% of Gen Zs) in pulse countries agreed that business in general around the world was having a positive impact on wider society."

The report states that job loyalty increases as businesses address employee needs, ranging from diversity and inclusion to sustainability and reskilling.

Jennifer Sturch, ACMA, CGMA, global business services finance lead for the UK and Ireland at fast-food restaurant chain McDonald's, suggested that the ambitions and expectations of younger employees are similar to earlier generations of workers.

Sturch, who is based in Birmingham in the UK and is part of the earlier Gen X, said: "People more clearly understand and articulate their need to feel that the job has a clear purpose that's aligned to their values." She added that younger workers want an element of flexibility to fit work with the rest of their lives.

"A career is no longer linear. It's a lot more haphazard and directional, [and] there is an element of obviously them wanting to make sure they can learn and grow and satisfy that need in a job," she added.

According to the 2019 Deloitte survey, members of Gen Y (Millennials) don't believe they have all the right skills and knowledge to succeed in today's workplace — 70% said they have only some or few of the skills needed.

Lopia is looking to build on the change management skills gained from the professional CIMA qualification in order to work more efficiently in her current role. But she also plans to develop softer skills — which she sees as essential as she advances her career. She said: "I think it's so important to focus on these as early on in your career as you can."

She added: "I'm a great believer that as a management accountant, you should be able to pick up the technical aspects of a role as a matter of course — it's the softer skills that will set you apart from the competition and also help you to work with, encourage, and empower those around you."

However, Lopia doesn't want to establish herself in a narrow role. "I look for positions that will add to my experience of the industry as a whole and which might provide a stepping stone further down the line — whether that's a sideways move that will give me even more experience, or a promotion," she said. 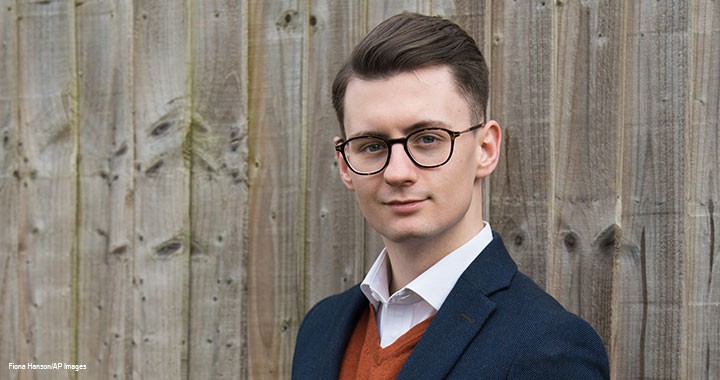 Harry Hubble, ACMA, CGMA, who achieved CIMA membership at age 20 in 2019, says getting feedback is important to his cohort, Generation Z.

After finance roles in consultancy and with a pilot training company, Harry Hubble, ACMA, CGMA, is currently finance manager at Oxford-based biotech healthcare company Osler Diagnostics, where he has implemented a new enterprise resource planning system.

Firmly in the Gen Z age category of those starting out professionally, and achieving CIMA membership in 2019 when he was just 20, Hubble regards maximising development opportunities as key.

In an early role — at consultancy Newton Europe — Hubble had a development manager who was trained as a mentor, as well as having a line manager. Both concentrated on his development, which he found highly valuable.

And gaining useful feedback has been a determining factor in whether he chose to stay in a role. "That may be something of [the] new generation [Z]. ... We are so keen on feedback and on learning and growth," he explained. "We all want to be successful. We all want to get to a certain stage whatever that may be, and we recognise that the only way you are going to get there is by self-improvement."

Often employers can underestimate the value of the younger people they have and fail to pay them accordingly, Hubble suggested.

"People in my generation ... hate feeling that the reason they are paid less than someone else is because of their age. ... If you are doing the same job, you should be on the same money.

"Salary to me is actually very unimportant. I think it's the training, the education, the investment in that respect."

Employer-paid professional qualification training is important, as is taking other courses, said Hubble, who has completed a coaching course and an eight-week online fintech certificate course at Oxford Saïd Business School.

The widespread global shift into virtual work to slow the spread of COVID-19 has only increased the importance of employers' fully embracing new approaches less focused on physical presence in the office. The ability to work flexibly "should be the default" for employees, Hubble said. Flexibility has not only been simply a preference during the pandemic, "but a requirement of continuing to operate", he said. He pointed to the potential cost savings on premises, and increased employee wellbeing and productivity as a direct result of this flexibility. "I'll be really surprised if businesses expect — or even want — to go fully back to previous policies around this," he said. Deloitte's 2020 report bears this out. Sixty-four per cent of Gen Y (Millennial) and 60% of Gen Z respondents said they would like the option to work remotely more frequently after the COVID-19 disruption has ended. The survey also showed a sizable interest among both groups in videoconferencing instead of traveling for work.

Lopia also rates highly companies that embrace flexible working, as well as those that emphasise the importance of mental health and wellbeing and promote objectives such as diverse interview panels and shared parental leave after the birth or adoption of a child. "Not only is technology changing, but people are changing, too — it's so important for companies to recognise this and act on it," she said.

"A fast-growing bigger business for me is where I want to be," Hubble said. Healthcare businesses' contribution to the public good is also a factor that makes him want to stay within the sector.

While acknowledging that people have different goals, Hubble rejects the need to stay in a role for a minimum period. He said: "In the new world ... if you are not learning, then move on. A good employer will recognise the learning that you have developed from the companies rather than penalise you for moving around."

He suggested that financial planning and analysis and management accounting roles are the most interesting, as they give the biggest grounding for moving into other finance roles. He also highlighted as important data visualisation and coding skills to analyse large amounts of data.

Sturch said people still want to establish human connections when joining a business. They want a workplace "that enables them to create friendships, establish social activities and interactions along the way". Employers need to consider this in order to attract the best talent, she said. Additionally, she said McDonald's is looking at how much risk is attached to different types of decisions — to encourage junior employees to have the opportunity to make decisions in a low-risk environment.

Embrace the changing world, in terms of technology and people. This includes having diverse interview and recruitment panels to avoid unconscious biases. This reflects well on the company, encourages people to apply, and can lead to diverse teams, which bring with them a range of experiences and ideas and, ultimately, can lead to better outcomes.

Practise succession planning and make sure that it is tailored to the person who is being developed for particular roles, taking into account their strengths, development needs, previous experience, and aspirations beyond those roles. Companies also need to look at their promotion policies and how they support new and experienced line managers. Some people are excellent people managers, some are technical experts, and some lie in between the two and need a different kind of development.