Microsoft recently unveiled not one, not two, but 14 new Excel functions.

In summary, the 14 new functions are essentially grouped as follows:

That's a lot to cover — too much for a single article at least. So to digest all this information in small bites, this article is presented in two parts. The first part covers the text manipulation and combining arrays groups, while the second part tackles shaping and resizing arrays.

Unlike common text manipulation functions such as FIND, LEFT, LEN, MID, RIGHT, SEARCH, and SUBSTITUTE, the three new functions in this group allow you to dismember text strings without requiring a Ph.D. in astrophysics.

The three functions are:

Here's a peek at how they work.

The TEXTBEFORE function returns the string of text that occurs before a given substring (ie, a character or set of characters) in that string. It is the opposite of the TEXTAFTER function. TEXTBEFORE has the following syntax:

The TEXTBEFORE function has the following arguments:

It should be further noted that:

Please see the examples below: 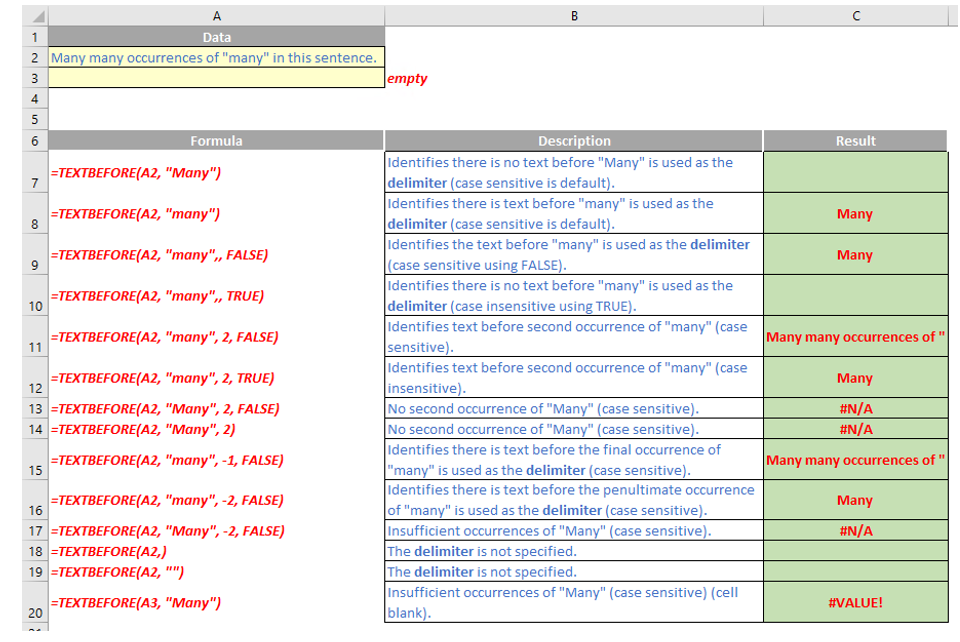 The TEXTAFTER function is exactly like TEXTBEFORE except that it returns the string of text that occurs after a given substring (ie, a character or set of characters) in that string. It has the following syntax:

The TEXTSPLIT function is intended to work like the Text to Columns button on the Data tab of the Ribbon, almost like the "inverse" of the TEXTJOIN function. It allows you to split a given text across rows or down columns. TEXTSPLIT has the following syntax:

The TEXTSPLIT function has the following arguments:

Just for a change, some more examples: 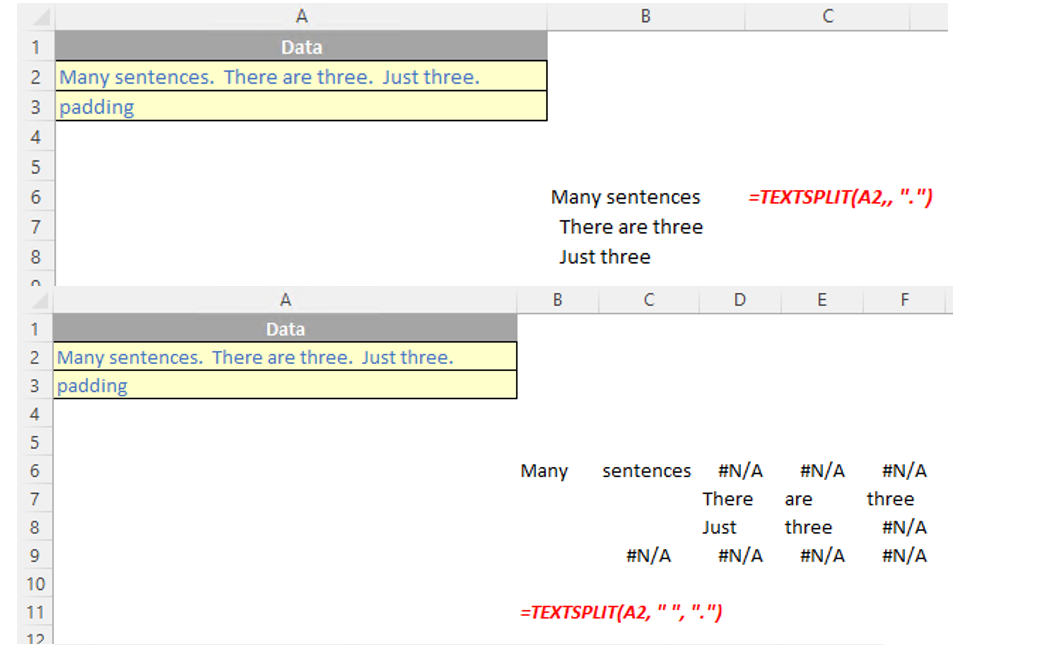 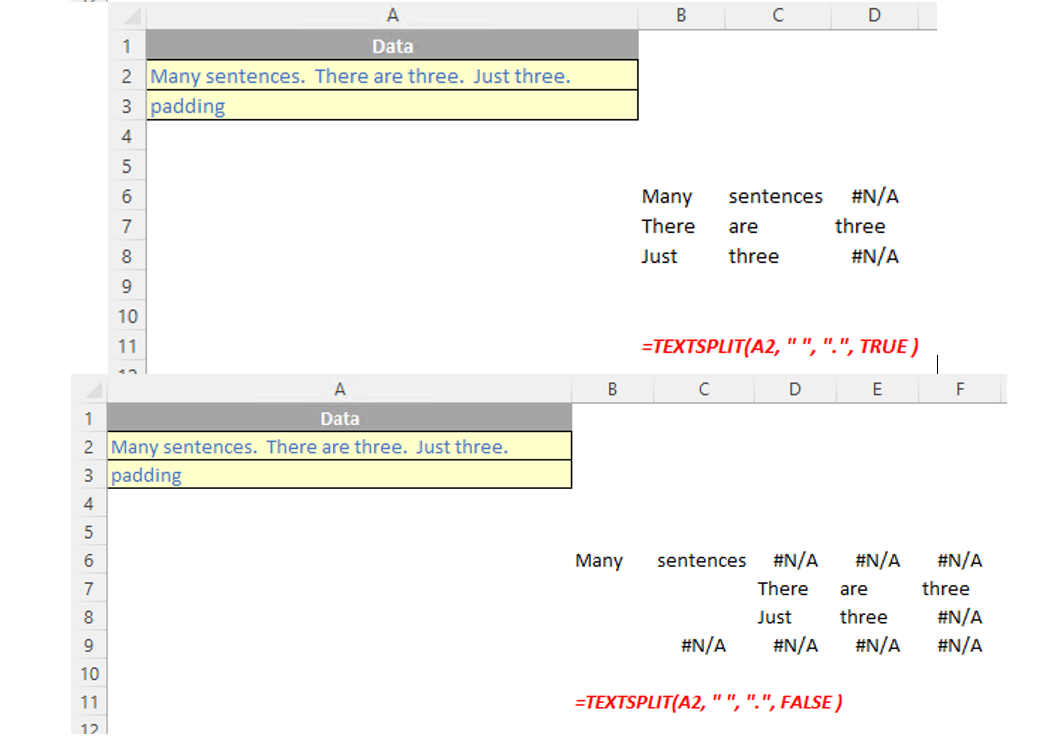 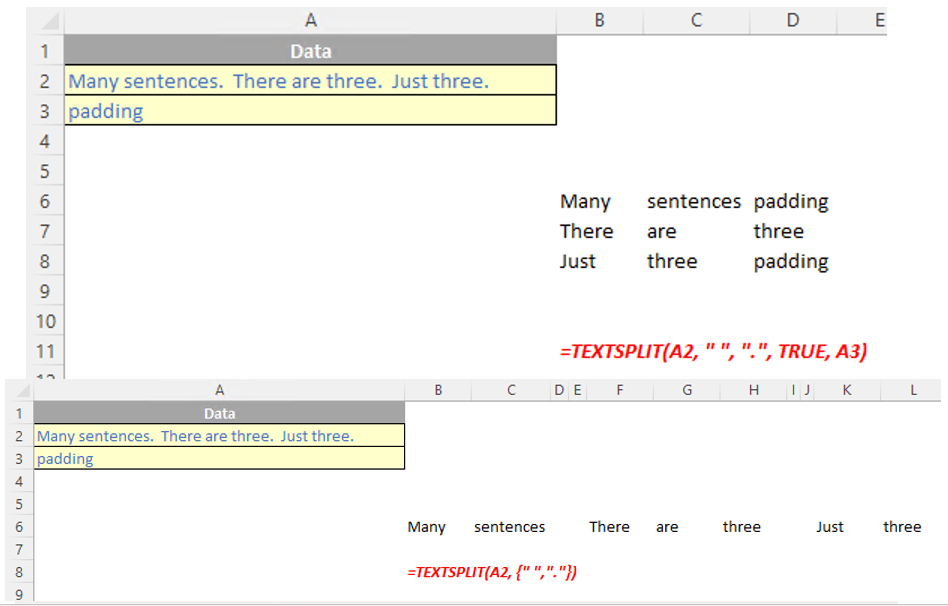 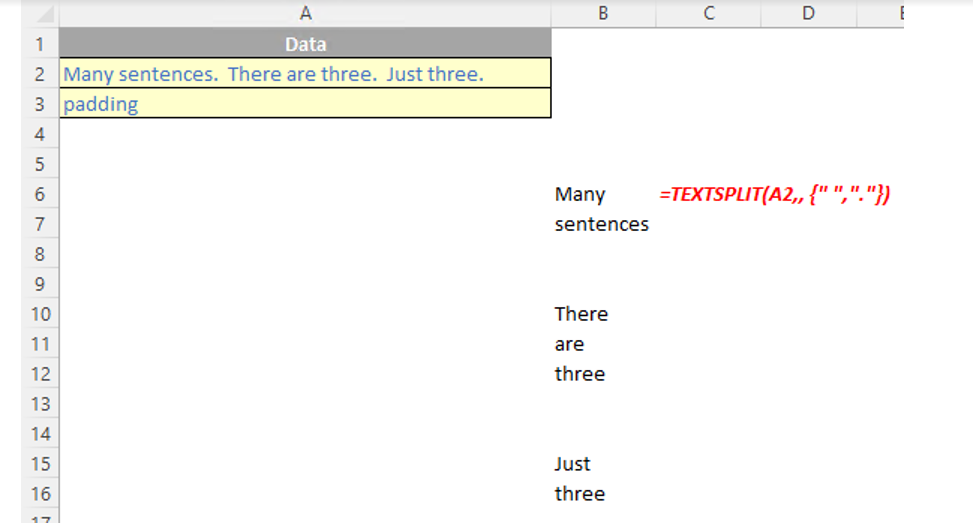 Since end users have been playing with arrays more and more, it has become noticeable that it can be quite challenging to combine data, especially when their sources are flexible in size. Two new functions may assist:

The HSTACK function returns the array formed by appending each of the array arguments in a column-wise fashion (Microsoft's jargon, not ours). It has the following syntax:

The HSTACK function has the following argument(s):

It should be noted that: 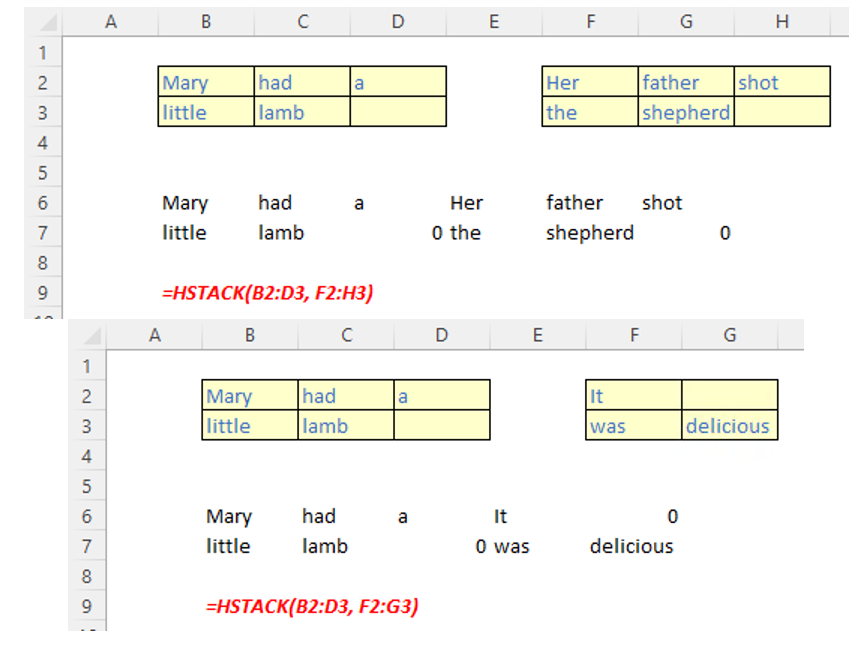 The VSTACK function has the exact same syntax as HSTACK:

It should be noted that: 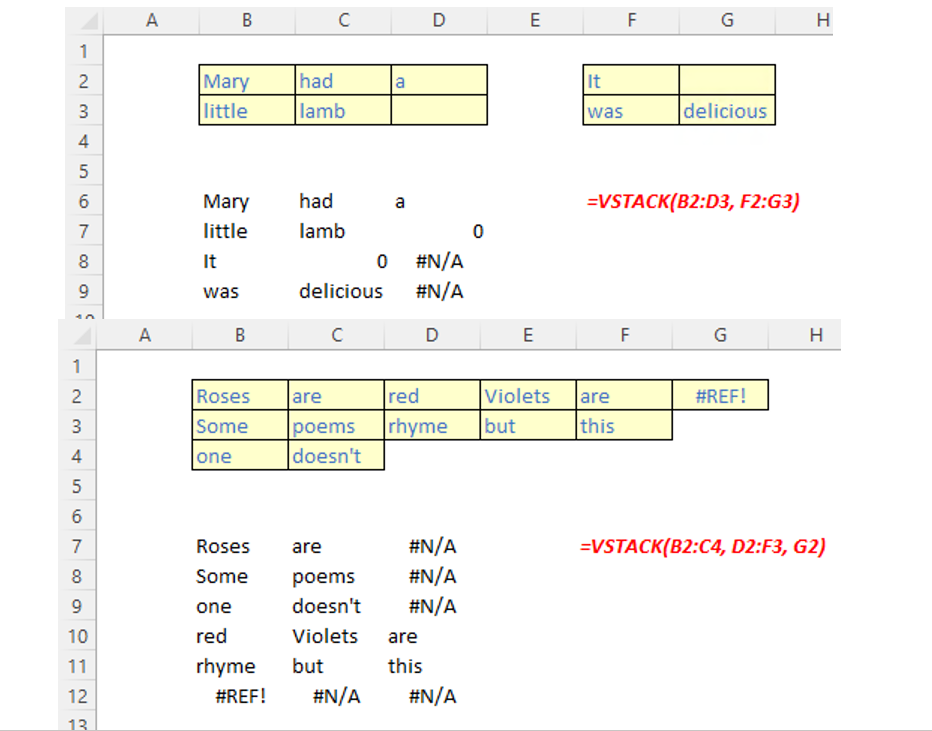 Wow. That was a lot to go through. And we aren't even halfway through the functions. Don't sweat, though. You can explore the shaping and resizing arrays functions in Part 2.

— Liam Bastick, FCMA, CGMA, FCA, is director of SumProduct, a global consultancy specialising in Excel training. He is also an Excel MVP (as appointed by Microsoft) and author of Introduction to Financial Modelling. Send ideas for future Excel-related articles to him at liam.bastick@sumproduct.com. To comment on this article or to suggest an idea for another article, contact Jeff Drew at Jeff.Drew@aicpa-cima.com.