Editor’s note: Microsoft announced 29 October 2019 that it has changed the order of arguments for XLOOKUP. For more details, visit techcommunity.microsoft.com.

Ask any accountant and they will tell you two “truths”:

It should be noted here that I hate VLOOKUP with a passion, and if anything can hurry its demise, well, I shall welcome it with open arms. Ladies and gentlemen, may I present the future of looking up for the masses — XLOOKUP? Hopefully, it will make an “ex” of VLOOKUP!

Before we continue, let me clarify that Microsoft has added two new functions, XLOOKUP and XMATCH. For reasons that will become clear, here we will mainly consider the former function — because once you understand XLOOKUP, XMATCH becomes obvious (nothing personal, XMATCH).

Meet the new boss, not the same as the old boss

XLOOKUP has been released in what Microsoft refers to as “Preview” mode; ie, it’s not yet “Generally Available”, but it is something you can hunt out. Presently, just like Dynamic Arrays, you need to be part of what is called the “Office Insider” programme, which is an Office 365 fast track. You can register in File > Account > Office Insider in Excel’s backstage area, as shown in the screenshot below. 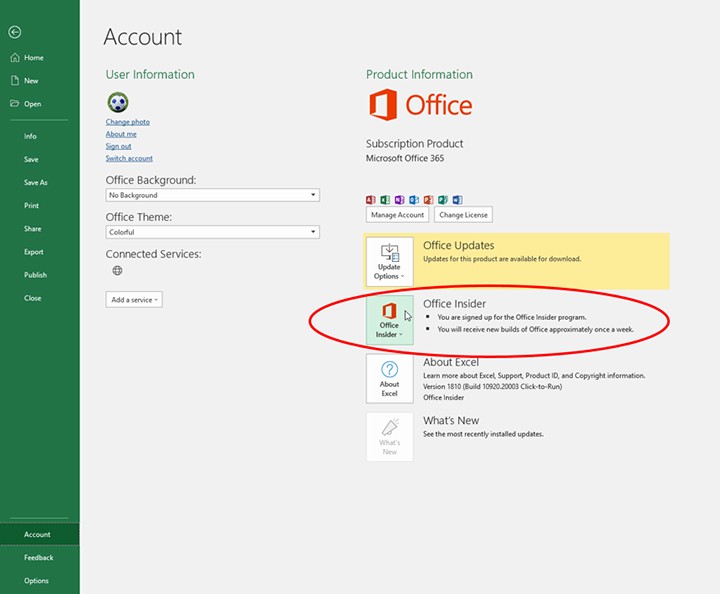 Even then, you’re not guaranteed a ticket to the ball, as only some will receive the new function as Microsoft slowly rolls out these features and functions. Please don’t let that put you off. This feature will be with all Office 365 subscribers soon.

XLOOKUP has the following syntax:

On first glance, it looks as if it has too many arguments, but often you will only use the first three:

What’s impressive, though, is that for certain selections of the final argument (search_mode), you don’t need to put your data in alphanumerical order! As far as I know, this is a first for Excel.

While VLOOKUP is the third-most-used function in Excel (behind SUM and AVERAGE), it has several well-known limitations that XLOOKUP overcomes. Specifically, VLOOKUP:

Let’s have a look at XLOOKUP versus VLOOKUP: 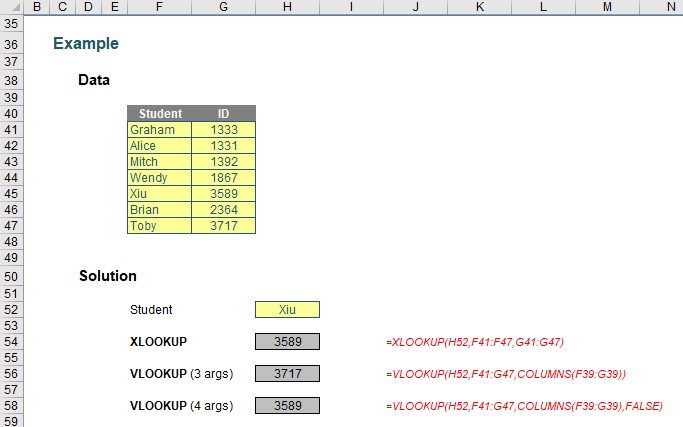 You can clearly see in the screenshot above that the XLOOKUP function is shorter:

Only the first three arguments are needed, whereas VLOOKUP requires both a fourth argument, and, for full flexibility, the COLUMNS function as well. XLOOKUP will automatically update if rows/columns are inserted or deleted. It’s just simpler.

HLOOKUP has similar issues, as shown in the screenshot below.

The above example highlights what happens if I try to deduce the student name from the Student ID. HLOOKUP cannot refer to earlier rows, just as VLOOKUP cannot consider columns to the left. Given that any unused elements of the table also are ignored, it’s just good news all around.

XLOOKUP changes all that. Indeed, things get even more interesting when you start considering XLOOKUP’s final two arguments, namely match_mode and search_mode, as shown in the screenshot below.

Notice that I am searching the “Value” column, which is neither sorted nor contains unique items. However, I can look for approximate matches — impossible with VLOOKUP and/or HLOOKUP.

Do you see how the results vary depending upon match_mode and search_mode?

The match_mode zero (0) returns #N/A because there is no exact match.

When match_mode is -1, XLOOKUP seeks an exact match or else the largest value less than or equal to the lookup_value (6.5). That would be 4 — but this occurs more than once (B and D both have a value of 4). XLOOKUP chooses depending upon whether it is searching top down (search_mode 1, where B will be identified first) or bottom up (search_mode -1, where D will be identified first). Note that with binary searches (with a search_mode of 2 or -2), the data needs to be sorted. It isn’t — hence, we have rubbish answers that cannot be relied upon.

With match_mode 1, the result is more clear-cut. Only one value is the smallest value greater than or equal to 6.5. That is 7, and is related to A. Again, binary search results should be ignored.

The match_mode 2 results are spurious. This is seeking wildcard matches, but there are no matches, hence #N/A for the only search_modes that may be seen as credible (1 and -1).

Clearly binary searches are higher maintenance. In the past, it was worth investing in them as they did return results more quickly. However, Microsoft says this is no longer the case: Apparently, there is “no significant benefit to using the binary search options”. If this is indeed the case, then I would strongly recommend not using them going forward with XLOOKUP.

To show how simple it now is to search from the end, consider the screenshot below: 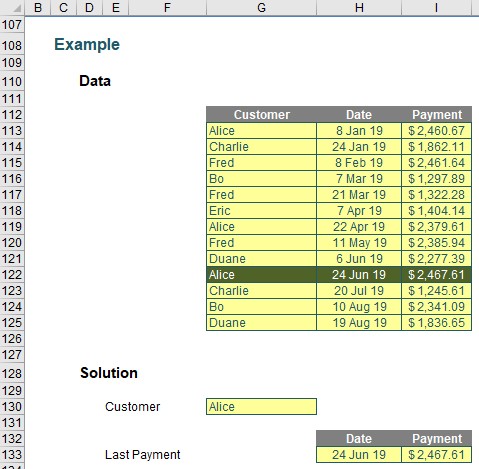 This used to be an awkward calculation — but not anymore! The formula is easy. To pull the date into cell H133, you use:

To pull the payment into cell I133, you simply copy the formula across one cell. This will replace the H’s with I’s:

This is a “standard” XLOOKUP formula, with a “bottom up” search coerced by using the final value of -1 (forcing the search_mode to go into “reverse”).

XLOOKUP has tons of potential uses — too many to cover in this article, but rest assured we will take another look at XLOOKUP soon. But before you go, let’s take a quick look at the other function that debuted with XLOOKUP.

A quick glance at XMATCH

XMATCH has arrived with a similar signature to XLOOKUP, but instead it returns the index (position) of the matching item. XMATCH is both easier to use and more capable than its predecessor, MATCH. 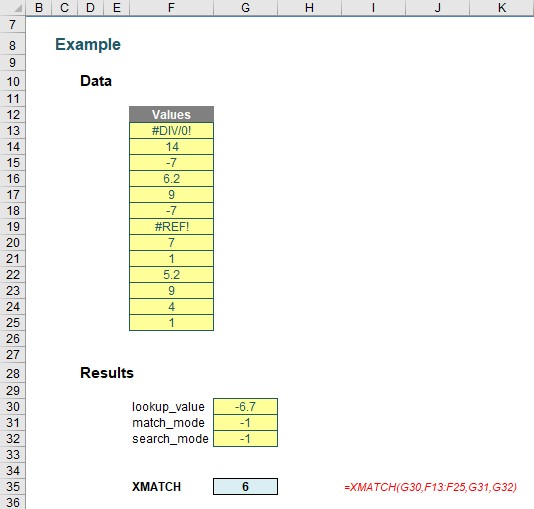 XMATCH has the following syntax:

Again, for certain selections of the final argument (search_mode), you don’t need to put your data in alphanumerical order.

As you can see, it’s a fairly straightforward addition to the MATCH family. It acts similarly to MATCH — just with heaps more functionality.

XLOOKUP and XMATCH open up new avenues for Excel to explore, but it must be remembered they are still in Preview and may only be accessed by a lucky few on the Insider track. Feel free to download and play with this Excel file, but don’t be too perturbed if your version of Excel does not recognise these functions yet.