While the average “net personal average tax rate,” which measures income tax and social security contributions paid by a single average wage earner with no children, minus any family benefits received, as a share of gross wages, was 25.5% across the OECD, it varies widely by country. In many countries, such as Chile, Mexico, and South Korea, it is below 15%, but in others, such as Belgium, Denmark, and Germany, it tops 35%.

The OECD also looked at average tax rates for one-earner married couples, and found that those earning an average wage with two children pay 14% of gross wages in taxes. This is due to reduced personal income taxes and cash benefits to parents provided in most countries.

The OECD also reported that the net personal average tax rate increased in 20 member countries in 2017, decreased in 13 countries, and remained unchanged in two. Driving average tax rates up, according to the OECD, was a decrease in the value of tax credits and tax-free allowances. 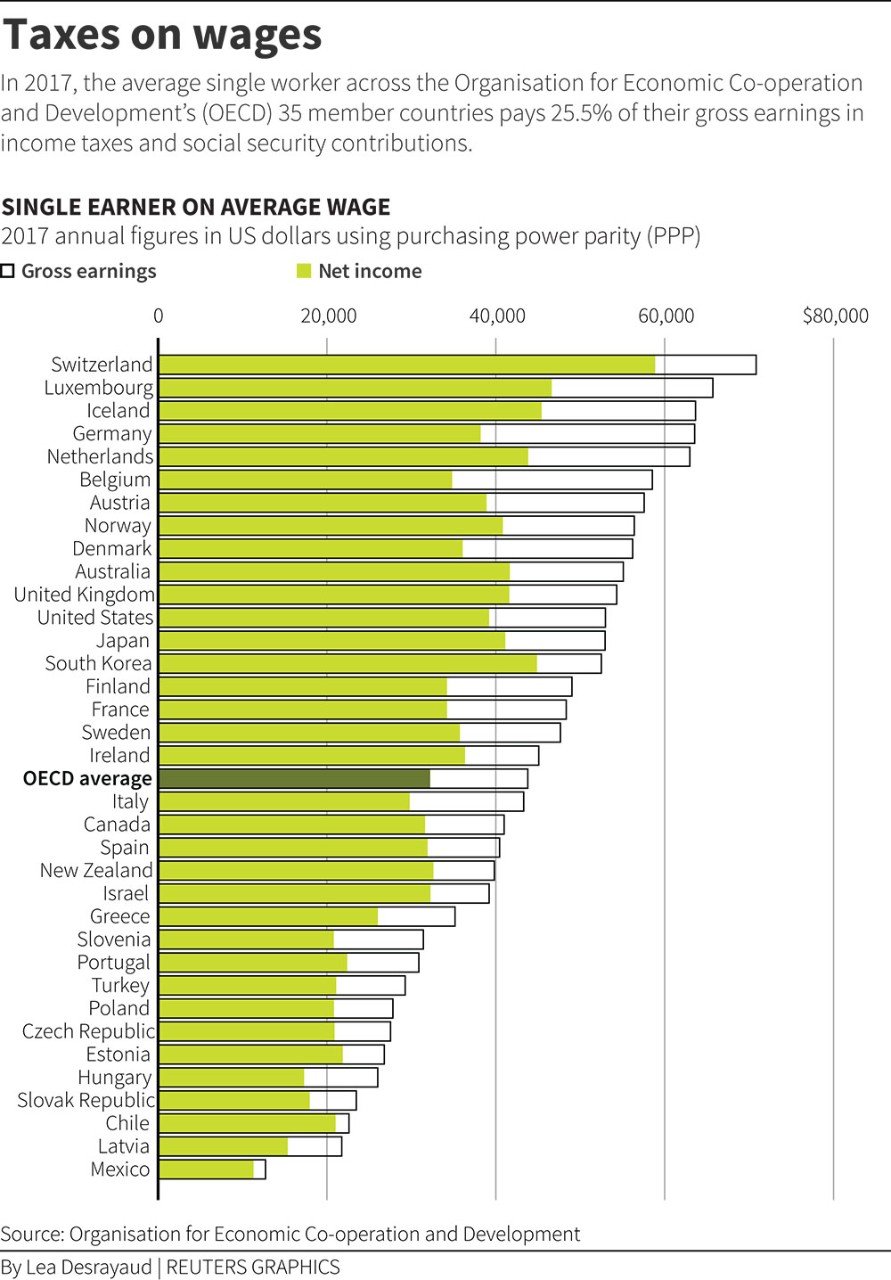