It’s 11pm on the last day of the month and the black, overloaded office coffee machine reluctantly splutters into action. As it trickles, you realise this is your only source of sustenance for the next few hours of financial reporting and analysis.

The company’s reporting deadline draws near. 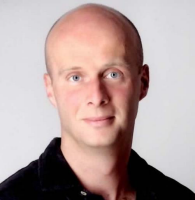 The perils of month’s end strike consternation into finance professionals from London to Los Angeles. It’s one of the many cyclical reporting burdens that chain finance teams to their desks, preventing them from taking on a broader, strategic role, according to Chris Ling (at right), the financial controller of the UK’s largest energy supplier, British Gas.

As efforts intensify to make the role of finance more strategic, the stark reality is that finance professionals must overcome capacity, mandate and skills barriers in order to broaden their role, according to Ling and a recent CGMA report New Skills, Existing Talents.

We caught up with Ling to talk about how finance professionals have overcome these constraints and his transformation experiences at British Gas:

CGMA: What have been the major barriers for finance professionals that prevent them from playing a more strategic role?

Chris Ling: It really falls down to two things. The first is having enough time to do it. That is, time away from the usual monthly reporting cycle, the budgeting cycle and the half-yearly external reporting cycle to be able to spend time supporting a business more strategically.

The second one, and this varies by company, is having the people at the beginning of a project or process understand what the strategy is, and then translate that into something financially viable or financially articulate.

Show me a mandate

CGMA: According to the CGMA report, New Skills, Existing Talents, a constraint that holds finance back is not always being given the right mandate to wield influence. Do you agree with this?

CL: I think that’s true, but I don’t know whether it’s not being given a mandate or whether it is accidentally forgotten. That comes from how well respected finance is, which is one of the areas the report studied quite heavily. If finance is just there to count the paper clips at the end of each day, then that doesn’t really help (a company). But if they are involved in the commercial strategic direction of the business, then it can help a lot more.

CGMA: Do you have any examples from your current employer or in previous roles where this has happened?

CL: At British Gas, we’ve been lucky in that our MD (managing director) is an ex-group FD (finance director), so he really likes and respects the inputs of finance. He involves finance straight from the beginning.

But I have worked in businesses where finance hasn’t been at the forefront of the people driving it. They’ve tended to engage later. Or sometimes projects have sprouted up from an operational area, and people forgot to include finance.

In one company where I worked, we had this exact problem. We were asked to review someone’s financial model, and they got the exchange rate the wrong way around – converting euros to pounds – so the costs and associated savings were completely wrong, and the whole thing was just a complete mess.

An important part of finance’s job is to challenge the figures.

CGMA: What are some of the ways you have tried to change that mind-set from within?

CL: What we did was to try and get a seat at the right table to make sure we were involved in these things from the beginning. A lot of it boils down to relationships, being what I describe as an “external enabler”. If people in the business know who you are and what you can do to help them, then they will engage with you early on. That is part of the softer skills that I think accountants need to have in today’s world.

Having those interpersonal skills is vital. I spend a lot of my time in the coffee shop talking to people in different parts of the business to try and work out what’s going on. So it’s about spending time with guys in different parts of the business to understand how things are going to impact the financials and if either I or my team can help. This is key.

CGMA: Have you seen a deficiency in the types of skills required to help finance professionals take the next step into strategic support?

CL: The technical skills are there from accountancy training. But it’s also about having a very analytical way of looking at problems and how you can help people. That is a key technical skill that people need. It’s a very hard skill to learn, and a lot of it comes from experience. It’s a bit like the 80/20 rule – where you pick up 80% of your training by doing a job and the other 20% in a classroom.

CGMA: Are you suggesting that the business and commercial skills sought after by management are skills you should learn on the job?

CL: That’s the responsibility of us as managers – to make sure that development is given. Something I’ve been very impressed with at British Gas is the way they allow people to operate in a safe environment. If an employee makes a mistake, they learn from that mistake rather than feeling like they are going to lose their job.

CGMA: What have you done at British Gas to help take ease the capacity burden on finance?

CL: We’ve just taken 13 hours off our month-end process by running a load of different Lean Six Sigma projects as a pilot. That makes quite a big difference when you’ve only got a team of 17 people doing the reporting for such a large business.

CGMA: Are there any other initiatives that have helped alleviate the pressure?

CL: We are refreshing a lot of our systems architecture and landscape. For example, we have different versions of SAP across the business and are in the process of refreshing a lot of that to increase efficiency and consistency. Another example is that within our business we have people working from different versions of Microsoft Office, and sometimes the two spreadsheets don’t talk to each other as they should. Having consistent systems and software can help drive efficiencies, which saves time.

CGMA: Has the easing of these burdens allowed the finance function to become more strategic?

CL: I look after the central finance element; that’s all the accounting and reporting. So it’s not really their job to be hugely strategic; that’s more of a business finance role. My job is to work with the finance directors to make sure their teams have got the time to be more strategic and provide more insight. The more work I can take off their teams, the better, which is exactly where we are at the moment. Centralising all of our accounting and reporting in one place has really helped to unlock some areas where we had duplicate activity going on in different parts of the business.

It is important not to underestimate the amount of time and emotional effort that it takes to get all of these things lined up. It’s about lots and lots of base hits rather than that home run – or lots of singles rather than a six and out, to use a cricket term.

CGMA: Where do you see the future role of finance heading?

CL: Safeguarding the assets of the company is what we are primarily there to do – to be the guardian of assets. With all the changes in regulation that are coming, that guardianship will become more important, and it’s vital we don’t take our eye off that particular ball.

But we must all be aware of all the strategic changes that could come about as a result of regulation. Take the new solvency requirements coming in next year for financial services companies, for example. We must understand how that is going to impact on the financials for British Gas Services, which is a big insurance provider. It’s important to have the strategic view of what’s coming and how that’s going to potentially impact the balance sheet and cash flow.

I think the more we can broaden out our skills by having capable, well-rounded accountants with good commercial analysis skills, the more people will want to get them involved in things, providing they have that mandate from the business.

“Application of Financial Knowledge Is Critical, Leadership Report Says”: The CGMA is poised to take a broader role in financial decision-making if applied knowledge can be well-communicated, a new CGMA report says. Knowing the numbers and being able to predict a company’s financial future based on the numbers are key skills for those looking to advance to leadership roles.

“Memo to Finance Professionals: Broaden Your Horizons, Take a Broader Role in Your Company”: Finance professionals recognise the need to shift the emphasis in how they spend their time toward providing management information and decision support to business managers. They also recognise that they need to develop the ability to contribute commercial insight or managerial skills. These enhanced skills are necessary to help them.

“How to Improve Your Finance Organisation’s Efficiency and Effectiveness”: The roles of finance professionals are changing. These tools can help finance organisations effectively address these changes.

Video: The changing role of finance

Chris Ling, financial controller of British Gas, provides perspectives on the increasing remit and support that finance provides the organisation, the drivers and possible barriers that may exist in some organisations in fulfilling this broadening mandate.