In consumer goods company Unilever's sustainability metrics, the assessment of a product's environmental impact doesn't stop when the product is shipped, or even when it is purchased from a retailer by a customer. The company measures its impact right across its value chain, from the production of its raw and packing materials through to end consumer use.

Sustainability has been a longtime focus of Unilever. In 2010 under then CEO Paul Polman, HonFCMA, it launched its ten-year Sustainable Living Plan (USLP), which set out to "decouple" its growth from its environmental footprint so that greater financial success wouldn't have a proportionate impact on the world's environment.

Graeme Pitkethly, Unilever's CFO, is a vice-chair of the Task Force on Climate-Related Financial Disclosures (TCFD), which includes more than 1,000 global business, public sector, and national government supporters across more than 50 countries.

Roger Seabrook, FCMA, CGMA, vice-president of finance, marketing and sustainability at Unilever, said the USLP was "ground-breaking in that it looked across the entire lifetime of the product" in assessing Unilever's environmental impact.

He explained: "Of course we included our own activities, our factories, our staff, our offices, and so on. But importantly it included both the footprint of our suppliers and the eventual consumer use. So it looked at how consumers were using the products and their eventual disposal."

One of Unilever's three top-line sustainability goals was to halve the company's environmental impact per consumer use of product. Progress against this has been mixed: While the company reported in its 2018 Sustainable Living Report there had been a 52% reduction since 2008 in "CO₂‚ from energy per tonne of production", since 2010 greenhouse gas impact per consumer use has increased by around 6%.

The TCFD sought to encourage climate disclosure to enable financial markets to properly address climate risk. Seabrook said the logic was that "if the market can price climate risk appropriately, then that pricing mechanism will influence behaviour and lead to more sustainable business models".

After the TCFD published its recommendations in 2017 (see the sidebar "Principles for Effective Disclosures"), the Unilever finance team was tasked with looking at how to embed them within its reporting. "The premise of [the TCFD] was that these disclosures would be made in the financial statements, not in a separate sustainability report or somewhere else," Seabrook said.

Of the TCFD's recommended four areas of disclosure — governance, strategy, risk management, and metrics and targets — Unilever saw most potential to improve its strategy disclosures. To do this it carried out climate scenario analysis work, as recommended by the TCFD.

The analyses were applied to Unilever's 2015 footprint and run without assuming mitigation or adaptation by the company; ie, they identified the gross impacts.

For the two-degree modelling, Seabrook explained the company used "surrogate or proxy data — so the carbon footprint data, commodity prices, and whatever assumptions we could get to fill in gaps. And we focused on the P&L — what's the impact on sales and on the sourcing cost?"

In this lower temperature rise scenario, countries across the world work together to accelerate the investment in low-carbon energy technologies and limit emissions from deforestation and change in land use. Unilever's model anticipates zero net deforestation and net negative emissions.

The four-degree scenario is based on increasingly severe impacts of climate change as countries' collective efforts to tackle climate change fragment. For Unilever, the four-degree rise would mean agricultural prices increase because of water stress and that turnover increases are limited by reduced GDP growth.

The conclusion from both models was that the biggest impact for Unilever was on its agriculture supply chain. The company then did "deep dives" on what climate change would mean for the availability — and price — of soybean oil, which is an important ingredient in many of the company's food products. It reported on this in 2018 and then decided to look in depth at palm oil and tea.

"The key thing, of course, is what you do in terms of making different decisions," Seabrook said.

Also important is how much a company reveals about its strategy. "You've got the challenge of balancing appropriate disclosures with not sharing commercially sensitive information," he said. To create a level playing field requires all companies to disclose against common standards, he urged.

The expectation is that investors and others will seek to require companies to disclose and that this will raise the bar over time. BlackRock, with close to $7 trillion under its management, is one example of a large institutional investor taking action in this way.

There are some challenges for companies in creating scenarios and reporting on their analysis. In their CIMA-funded study of TCFD implementation, researchers at Sydney University, professor of accounting Wai Fong Chua and accounting lecturer Tanya Fiedler, found there were commercial challenges associated with creating scenarios and "putting forward-looking financial information to the market that, while built on 'plausible assumptions', is not a forecast". They found there was uncertainty around scenario definitions and whether they should be quantitative or qualitative. They also suggested that "existing climate models are not fit for purpose when used in the top-down analytical methods of traditional financial models".

A further challenge is that the disclosures are spread across the reporting accounts — in governance, risk, and strategy reports, as well as in the financial statements. "So the question is how do you then curate it in a way that the reader can get to what they need to quickly," Seabrook said.

For management accountants, this work is very much about driving better decisions and being forward looking (see the sidebar "A Call to Action"). It is about the need to combine financial with nonfinancial information — for example, around the complex question of how to put a price on carbon. It's also about strategy — how to reduce emissions and prepare for the consequences of the already changing climate. It can also challenge long-held internal assumptions about existing business models.

Unilever's 2019 annual report and accounts contains a wide range of nonfinancial metrics, including greenhouse gas emissions. "It is a very different kind of reporting than that of well-established financial accounting systems with all the checks and balances built up over years of experience," Seabrook said.

"All accountants are going to have to get more fluent at integrating these different kinds of measures together with the financial measures and drawing out meaning internally for better decisions, but also external disclosure to provide consistent information to enable comparison of companies," he said.

As well as risks, climate change also offers opportunities for new, sustainable business models — for example, products that require less water or less energy through lower temperature use will become sought after. Seabrook said: "As consumers demand these products, huge opportunities open up to those companies that can meet them with the right product at the right price."

Seabrook's advice for management accountants to get started with climate-related disclosures is: 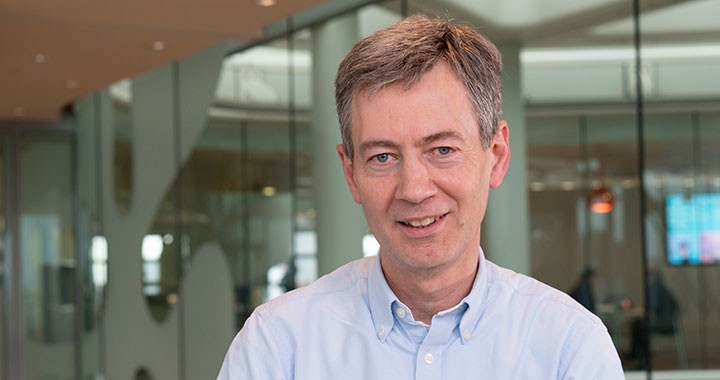 Roger Seabrook, FCMA, CGMA, the vice-president of finance, marketing and sustainability at Unilever.

A call to action

A delay to tackling climate change will come at a cost, quantified by the United Nations at almost $1.2 trillion over the next 15 years. And while climate change presents a financial risk to the global economy, it provides companies with opportunities — including differentiating themselves from their competitors.

It’s also an opportunity for accountants — to apply their skills and expertise “to the uncharted challenges that climate change presents”, according to a February statement by the chief executives of global accountancy bodies (see “Accounting Profession Leaders Call for Action Against Climate Change”, FM magazine, 25 February 2020). In their call to action to the accountancy profession, the chief executives — including the Association’s president and CEO, Barry Melancon, CPA, CGMA, FCMA — said: “Professional accountants have a responsibility to act in the public interest. Many argue that this responsibility must now include helping organisations to address climate change.”

The statement also urged accountants to commit to a series of actions that include using and implementing reporting frameworks such as those of the International Integrated Reporting Council (IIRC) and the Task Force on Climate-Related Financial Disclosures (TCFD). Melancon is chair of the IIRC and has advocated the benefits of integrated thinking and reporting for understanding and responding to the risk of climate change.

The principles of the International Integrated Reporting Framework, adopted by 2,000 organisations in more than 70 countries, are compatible with the TCFD recommendations, which were set out in 2017. The recommendations have considerable backing, including in the UK from the Financial Reporting Council, which is conducting a major review of how companies and auditors assess, report, and respond to the impact of climate change.

The chief executives of global accountancy bodies’ February call to action said that accountants should:

The Task Force on Climate-Related Financial Disclosures set out in its June 2017 report seven principles for effective disclosure. It encourages companies to consider these as they develop climate-related financial disclosures. The report is available here.

5. Comparable among organisations within a sector, industry, or portfolio;

6. Reliable, verifiable, and objective; and

7. Provided on a timely basis.