When Jules Goddard, Alex Hill, and Liz Mellon began to study organisations with a long history of success, they were surprised by some of the behaviours the organisations shared. Part of their ability to thrive can be attributed to going against conventional business norms. For example, they are not focused on getting bigger, and they don't fret over what their competitors are doing. They have achieved success for more than 100 years, which is why these researchers named the group the Centennials.

The seven organisations they studied and wrote about for Harvard Business Review are: The All Blacks, New Zealand's national rugby team; British Cycling; Eton College; the US National Aeronautics and Space Administration (NASA), which through a predecessor organisation dates to 1915; the Royal Academy of Music; the Royal College of Art; and the Royal Shakespeare Company.

The knowledge they gained was shared with the researchers' contacts in the business world — at companies such as Apple, BMW, Cirque du Soleil, and Dyson — to see what the companies could learn from the Centennials.

What follows is a Q&A with the researchers, edited for length and clarity. Hill was the lead researcher and therefore took the lead in answering most of the questions.

What were the reasons you wanted to focus on long-running, successful organisations?

Alex Hill: Studies started to show a trend: Each year, businesses are actually dying earlier and earlier in the US and the UK. The conclusion that we started to come to was that maybe too much of the current management thinking has come from business. That's great if you want to perform well for a short period. But if you want to perform well for a very long period, maybe we should be looking at other types of organisations, not businesses, and learning from them.

How did you select the organisations you ended up studying?

Hill: We had been doing work with the funding body for the UK Olympics teams to understand how they had transformed their performance from the 1996 Games in Atlanta to the 2012 Games in London. They talked us through the journey, and we said, "What keeps you awake at night?" Their worry: Is it sustainable? We said, "Who do you think you could learn from?" They said: "The arts. They've been doing this for hundreds of years."

So you contacted the Royal Academy of Music, the Royal College of Art, and the Royal Shakespeare Company first. Did you consider for-profit businesses?

Hill: We kept trying to think of a business to add. The challenge was struggling to find a business that hadn't had its activities change over that period of 100 years and was admired. We found some that were that old and some that were admired, but they had changed what they did or they survived by buying and selling companies rather than necessarily running one. 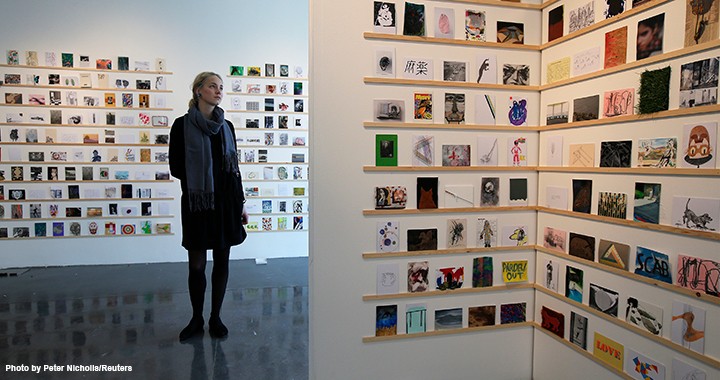 An exhibit by the Royal College of Art. Alex Hill said he and his fellow researchers found that such organisations “had a stable core but a disruptive edge”.

What were some of the similarities that started to emerge about the way these organisations were run?

Hill: They had a stable core but a disruptive edge. One of the things that struck us right at the beginning when working with the Centennials was, "Isn't it crazy that they have leaders in roles for ten, 15, 20 years, but then all their experts are part time?" It's that ability to think in those opposite ways.

Jules Goddard: The path of success somehow relies upon reconciliation of these seemingly opposite values, the virtues of being old and new, or stable and changing, or conservative and radical, or slow and fast — even the attitudes like confident and humble are something I think businesses struggle with. Businesses tend to articulate values at one extreme rather than the other and are less comfortable recognising that every value is inconsistent with every other value.

Liz Mellon: Managers with companies that move leaders around every 18 months never live with the consequences of their management decisions.

Hill: Too often in strategy we're told you need to be A or B, whereas actually we found with these organisations that they're A and B. You need disruption from your expertise because that's where the new ideas come from. But you need stability in leadership so you keep learning and pass knowledge on. The stability keeps you on track, and the disruption keeps you moving forward.

What about the notion of cost efficiency?

Do companies, especially listed ones, have the ability to be "better without being bigger", which was one of the Centennials' traits?

Mellon: One of the big debates we had in writing the [Harvard Business Review] article was this particular question. It's very difficult for such companies. One way to make it work is to follow the example of Virgin. They get bigger, but they keep chunking the business up into small units so it doesn't feel like a big place to work.

Hill: [Oxford University evolutionary psychology professor Robin] Dunbar's findings come into play. If you're in an organisation of more than 150 people, then it becomes hard to know everybody and have proper, candid conversations where you can debate and discuss things. If you can create mini-businesses, the leaders basically have P&L responsibility and are far more engaged and make better decisions. You can get the benefits of scale but also the benefits of intimacy and smallness if you structure your business the right way.

What is the importance of Centennials' focus on youth? Can the business world apply any of those practices?

Hill: The great ones are building academies and are engaged in schools. You can argue that a lot of Apple's success has been in the work it's done in schools and the way it has always had an education focus as well as a business focus. With the Centennials, in some ways, the [appeal to youth] is exacerbated because these organisations are working with people from a younger age. But it's this kind of work that the organisations say keeps them alive.

Mellon: It's also retaining the talent once you've got it. The whole point about learning from success and failure is that it creates a learning organisation. People feel that they are developing and growing in the organisation because they're not expected to just do business as usual every day. There is scope for them to expand and spread their wings and learn and try new things. I think that's incredibly important, particularly for younger generations, who will quickly move on if not stretched.

Is there a certain way the Centennials celebrate their success or a way they respond after success?

Hill: The All Blacks often make some of the biggest changes to their team after a big win. They're worried complacency will set in. The national team's coach once said, "Success can be a lousy teacher." 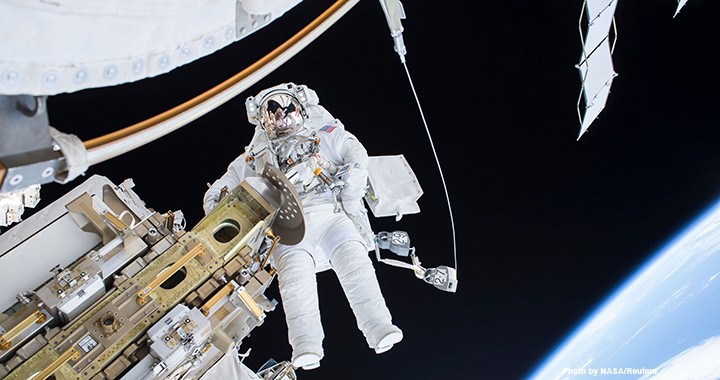 US National Aeronautics and Space Administration (NASA) astronaut Tim Kopra performs a spacewalk outside the International Space Station in December 2015. NASA’s predecessor agency, the National Advisory Committee for Aeronautics (NACA), was created in 1915. The space agency was one of seven organisations whose longevity was studied in recent research.

What are some ways organisations can begin to think more long term?

Mellon: There's so much turbulence in the world for business today that what I've observed is that strategic horizons have shrunk. People say, "I can't really plan for more than 18 months," so the five- to ten-year strategy has gone out the window. It's hard enough to get senior executives to think strategically anyway at the best of times, and with a lot of turbulence in the world — political, economic, you name it, it's all going on — it's even more challenging. So I'd encourage them to keep thinking long term.

Another piece is the idea of long handoffs between leaders (for example, our research found that successors for leadership roles are typically appointed more than four years before moving into the position). The reason that long handoffs work is that everyone is putting the organisation first. It's not my career, how much I'm paid, what do I look like in the press. Instead, it's "Will this organisation survive? What can we do to make it even better? How can I hand over, in a way that ensures not my legacy, but the legacy of this organisation that's done such fantastic work, and ensuring that work will continue?" It's almost altruistic. Don't put the organisation and its success above yours, and then you will actually be successful because you're building something great.

Goddard: I think management itself can be the problem. We need far, far less management and much more self-management. For instance, I'd love to see a four-day workweek. I'd love to see some major organisation rebalance the week between the working week and the weekend, and I think we'd find that in four days we get more done than we currently do in five. We'd recover a sense of balance in our lives. We have seen the perils of managerialism and the perils of the wrong balance between living and working.

Alex Hill, Ph.D., is co-founder and director of The Centre for High Performance and a professor at Kingston University.

Jules Goddard, Ph.D., is a fellow of London Business School.

More on the research of the Centennials' focus on having a stable core and a disruptive edge, radicallytraditional.org

To comment on this article or to suggest an idea for another article, contact Neil Amato, an FM magazine senior editor, at Neil.Amato@aicpa-cima.com.