It has been more than ten years since the unknown developer or developers of bitcoin devised the first blockchain to facilitate and record transactions of the cryptocurrency.

Since then, blockchain — a technology that creates a digital distributed ledger of records stored in blocks cryptographically linked to one another in a way that makes them virtually unchangeable — has been developed across many sectors, including consumer goods and retail, banking, manufacturing, oil and gas, trade, shipping, and property.

In their 2017 Harvard Business Review article "The Truth About Blockchain", professors Marco Iansiti and Karim Lakhani described how it is not a disruptive technology but rather a "foundational" one with the potential "to create new foundations for our economic and social systems". They also suggest that its adoption will be "gradual and steady", a finding in line with the Association of International Certified Professional Accountants' 2018 Future of Finance survey. Only 2% of those surveyed said their finance teams were currently using blockchain, and only 9% were investing in it for the medium term. This shows a huge potential for growth in this area.

Preece believes that blockchain provides a better solution than a digital database not using blockchain. "You could use a database, but somebody has to own it. And the difference between using a database that everybody contributes to and using a distributed network [blockchain] is that effectively nobody owns that [blockchain] ledger because you all have your own copy of it," she said. "And that is part of how you build the trust that is central to its appeal."

She added that with a database solution, larger participants would use their market power to influence smaller participants. With blockchain, "because you are contributing data in an almost egalitarian way, it's your data that's important, not your market power so much".

To "sidestep this problem", blockchain relies on a decentralised data store (with no centralised point of weakness for hackers to target), thereby building the security into its very fabric. Blockchain fabrics such as the version of Hyperledger used by IBM offer PKI (public key infrastructure) security as part of the framework — for managing users and certificates, Lesniak explained. "Outside of blockchain you have to build it separately and at additional cost."

Blockchain, Preece said, can also be used in improving food safety and provenance, and reducing food wastage. When alerted to a safety problem with a perishable product, you don't have to throw away entire shipments if you can locate the exact pallet or box affected. If, for example, someone falls ill from consuming green beans, traceability and removal-from-shelf time can be cut substantially. "At the moment, without a blockchain solution, it takes anything up to six days to locate exactly where those green beans came from. And, actually, in that period you're potentially eating the rest of that shipment," she said.

According to Deloitte's 2018 global blockchain survey, Breaking Blockchain Open, the technology's most significant advantages over existing systems are improved trust and provenance, leading to greater speed of business process execution — cited by 32% of executives who had at least a broad understanding of blockchain. In the survey, 28% said blockchain's most significant advantage over existing systems is its ability to lead to new business models and revenue sources, and 21% said blockchain's biggest advantage is the greater security or lower risk associated with the technology. While centralised databases, which are based on a more mature technology, can be faster in terms of transactions per second, they lose ground when evaluating the end-to-end journey. 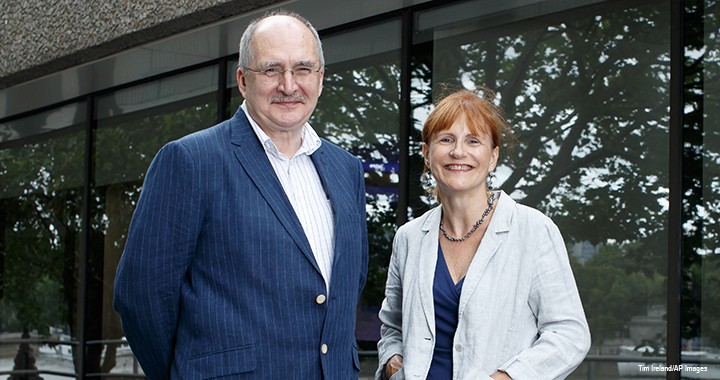 A costly proposition or value for money?

Blockchain does have some challenges, too. "This is not a particularly cheap technology, so ... if you're a founder or you want to start a consortium of some sort, you'd be looking at a reasonable-sized investment," Preece said. As an estimate, Preece said a minimum viable ecosystem (MVE) implementing a small number of use cases is typically in the hundreds of thousands of dollars. Scaling up to high-volume production levels with confidence for multiple participants, including the creation, running, and ongoing support of appropriate governance and operating models, may start in the low millions of dollars.

Some larger companies that have invested in blockchain make it available throughout their supply chain network — for processing accounts payable invoices, for example. One of IBM's retail clients, Preece said, had seen an approximate two-thirds reduction in the number of disputes with a major supplier around the three-way matching of invoices to purchase orders. In addition, they have seen a substantial reduction in resolution days as well as sourcing new data trends in purchase orders. However, Preece said that because of the costs, small companies "are unlikely to be a [blockchain network] founder or first in the game".

She added: "We think it's likely that the majority of companies will prefer to join an existing network, for which the total costs are likely to be much lower. Leaving the innovation cost and risk to others and consuming the benefits of blockchain via a pay-as-you-go model is likely to be a faster route to value. For example, there are existing networks, such as TradeLens — a blockchain network for maritime logistics — where companies can subscribe to services that leverage blockchain in a SaaS [software-as-a-service] consumption model." (See the sidebar "TradeLens: Blockchain in Action".)

Blockchain isn't always the right solution — a conventional, centralised database maintained by an administrator can sometimes be a better fit. "They [conventional databases] can often prove faster, allowing for higher transactional throughputs. This is because they are centralised and because they typically represent more mature technologies that have been evolving over a considerable time now," Lesniak said.

"What [conventional databases] are lacking, obviously, are the trust attributes of consensus, immutability, provenance, and finality [see the sidebar "4 Properties of Blockchain"], which [are] required with the engagement of multiple external participants. Therefore, you cannot get the same level of transaction verifiability as in the blockchain. So, it's a world of compromises. It's a trade-off."

Adopting blockchain need not be a risky process, Lesniak said, using the example of IBM Global Financing (IGF), which has internally adopted a blockchain solution. This part of IBM is, in effect, like a large bank with $41 billion of channel financing every year.

IGF has many systems in place to help this to run. Overall, about 14 systems underpin IGF, helping it to manage the invoices and track the movement of different parts and components, internally and across the partner ecosystem. The problem, Lesniak said, was with handling disputes, for example, when a customer has received an incomplete delivery. In such cases it would take about 30 to 40 days to resolve the problem. He explained: "This would require going through all our internal processes and systems to try to understand what has happened with the missing item and why is it wrong. A part of the problem here was that we had to dive in separately into each of the systems involved in order to pull out the relevant information and then to reconcile those changes."

The blockchain solution applied is a shadow chain, which runs in parallel to each of the 14 systems that make up the current set-up. This approach allowed IBM to reduce the risk around this transformation, meaning that the IGF production systems could still run as before — with only small changes required.

"All that [is] needed is to slightly alter the process ... by allowing the invoice transactions to be mirrored at blockchain as well," Lesniak said.

This then helped to create a "single source of truth" separate to the IGF transactional system, allowing for a fast and easy pull of the relevant information by the dispute resolution team. Overall, the problems now can be resolved much more quickly — within a few days only. This is really a good example of how a shadow chain can be used to monitor what's happening in the production system and allow the relevant information to be pulled rapidly without the production system having to be replaced, Lesniak said.

In time, the parallel process can be changed so that blockchain becomes the primary technology "process by process ... [which] gives you that springboard to manage such transformation very safely", he said.

Disputes now take fewer than 10 days to resolve, and an improvement of 35% capital efficiency in disputes has been achieved, according to Preece.

Preece and Lesniak estimate that the technology that underpins blockchain accounts for 20% of the total effort that goes into a project. The other 80% of work is spent on the business operation set-up, including, crucially, establishing governance right at the start.

Preece recommends spending time initially to think broadly about the business value you can create by implementing blockchain, so that you "end up creating the right sort of network with the right governance and the right participation". The process of collaboration among network participants, who may also be competitors, takes time: months rather than weeks. She said this cannot be rushed because it is part of the process of building trust and realising value for the whole network. This approach needs to tap into a broad cross section of experience rather than the knowledge of one or two people.

TradeLens, jointly developed by IBM and shipping company Maersk, is a supply chain platform underpinned by blockchain. The companies started to work together in 2016. In July 2019 two more carriers, Hapag-Lloyd and Singapore-based Ocean Network Express (ONE) Pte. Ltd., joined existing consortium members Maersk, CMA CGM, and the Mediterranean Shipping Company (MSC). This move meant that TradeLens now extends to more than 60% of the world’s ocean container cargo by volume. It provides a framework for trade parties to share information that can be “tracked, stored, and actioned across the platform throughout a shipment’s journey”, according to the consortium.

One example of its use is in automating records of shipments of green beans from Kenya to the EU. Blockchain solution architect Mariusz Lesniak said that traditionally the paperwork records for a shipment give rise to 20% of its cost, involving around 200 pieces of communication and numerous documents that have to be signed and countersigned by different participants.

Trust in each step is a fundamental requirement, often demanding expensive hand delivery of documents, Lesniak said. It means, he said, the process was “crying for being fully digitised and underpinned by blockchain”.