A few weeks ago, news of the superfast, electric propulsion, tunnel-bound transportation known as hyperloop was popping up in different corners of the globe. Virgin Hyperloop One, which counts Richard Branson as chairman, announced on 18 February the signing of a framework agreement for the development of a hyperloop route between Pune and Mumbai in India, which could cut the two-and-a-half-hour auto commute to 25 minutes.

Days later, Dubai's Roads and Transportation Authority showed off a sleek model of a Hyperloop One pod for a system that would connect Dubai and Abu Dhabi in a 12-minute commute, well short of the current 90-minute journey.

The Roads and Transport Authority unveiled the design model of the hyperloop in Dubai, United Arab Emirates, on 22 February. Hyperloop technology uses an electromagnetic propulsion system to accelerate the movement of goods and passengers through the vacuum tube at speeds of up to 1,200 km/h.

Entrepreneur Elon Musk would like to build a hyperloop line connecting New York and Washington, D.C. He has also talked of a route in traffic-plagued Los Angeles. Musk's The Boring Company said it was responding to a request by the city of Chicago for a proposal to construct a loop linking the city to O'Hare International Airport.

It's unclear whether any of these or other projects will get off, or more precisely, under, the ground. But the technology is an intriguing development in the potential future of how we get from place to place. 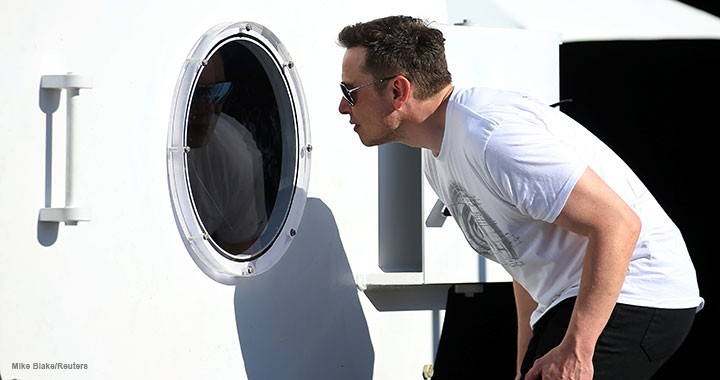