The letter, on behalf of CIMA and the Association, conveyed "deepest sympathy to all members of the Royal Family" and expressed how the Queen had "demonstrated extraordinary dedication and commitment to duty and did so with admirable grace and determination".

Kanaka's letter went on to say: "Her extraordinary reign saw decades of social change, but her presence provided welcome continuity for her subjects in the United Kingdom and the Commonwealth." 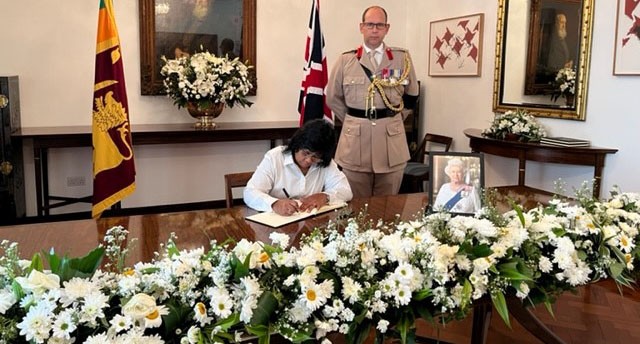 In the book of condolence at the British High Commission in Colombo, Kanaka wrote:

"On behalf of everyone at The Chartered Institute of Management Accountants and the Association of International Certified Professional Accountants, we send our sincere condolences to His Majesty King Charles III and the Royal Family for their loss.

"We are thankful for the Queen's many decades of loyal service to the United Kingdom and the Commonwealth."

CIMA is a body incorporated by Royal Charter, which was awarded to the Institute in 1975.

— To comment on this article or to suggest an idea for another article, contact Oliver Rowe at Oliver.Rowe@aicpa-cima.com.