The huge public deficits that have piled up as governments bail out their pandemic-hit economies are prompting the first rethink of a four-decade decline in corporate tax rates worldwide.

The UK may be first to see the tide turn as soon as Wednesday when finance minister Rishi Sunak is widely expected to announce a small increase in corporate levies in his budget announcement to help pay for the hit from COVID-19.

At 19%, the UK corporate tax rate is among the lowest of the mostly wealthy 37 countries in the Organisation for Economic Co-operation and Development (OECD) group, whose average is 23%. 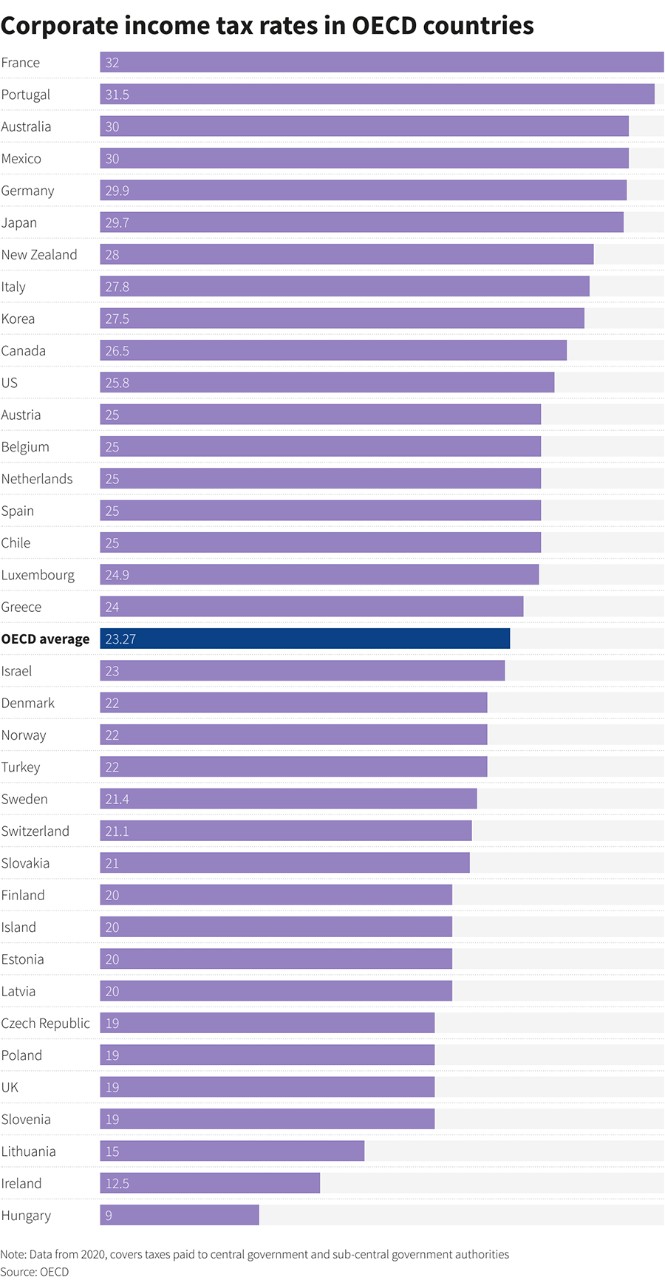 Countries around the world have been competing to lower the tax burden on companies in the decades following the free market Reagan and Thatcher revolutions of the 1980s against big government and in favour of business.

Since 2000 alone, when the OECD began collecting data, the average headline rate has fallen nine percentage points to record lows in many countries.

Moreover, companies often pay less, sometimes much less, than the statutory tax rate due to each country’s various fiscal depreciation rules as well as other allowances and deductions.

“Raising tax rates on profit would go in the opposite direction to the trends over the last 35 years, driven by competition amongst countries to attract inward investment,” said Michael P. Devereux with Oxford University Centre for Business Taxation in a note on the British move. 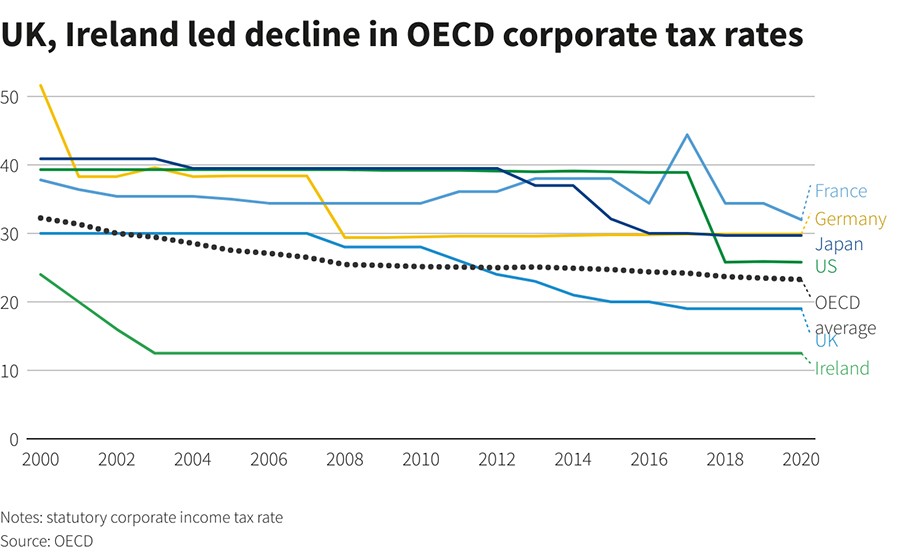 In Britain’s case, Devereux cautioned against an increase, as international competition on tax remains stiff even if the US is considering an increase as well.

New US President Joe Biden’s administration is eager to reverse a cut under former President Donald Trump, who in his first year in office cut federal tax on US companies’ profits to 21% from 35%.

Such debates come as nearly 140 governments are negotiating to agree by mid-year a global minimum corporate tax rate, which participants say could end up being around the current Irish rate of 12.5%.

Ireland, which took in €11.8 billion in corporate tax last year, has been accused by rivals of unfairly using tax policy to attract multinationals. It estimates its corporate tax take could fall by up to €2 billion a year if an ambitious global deal is reached.