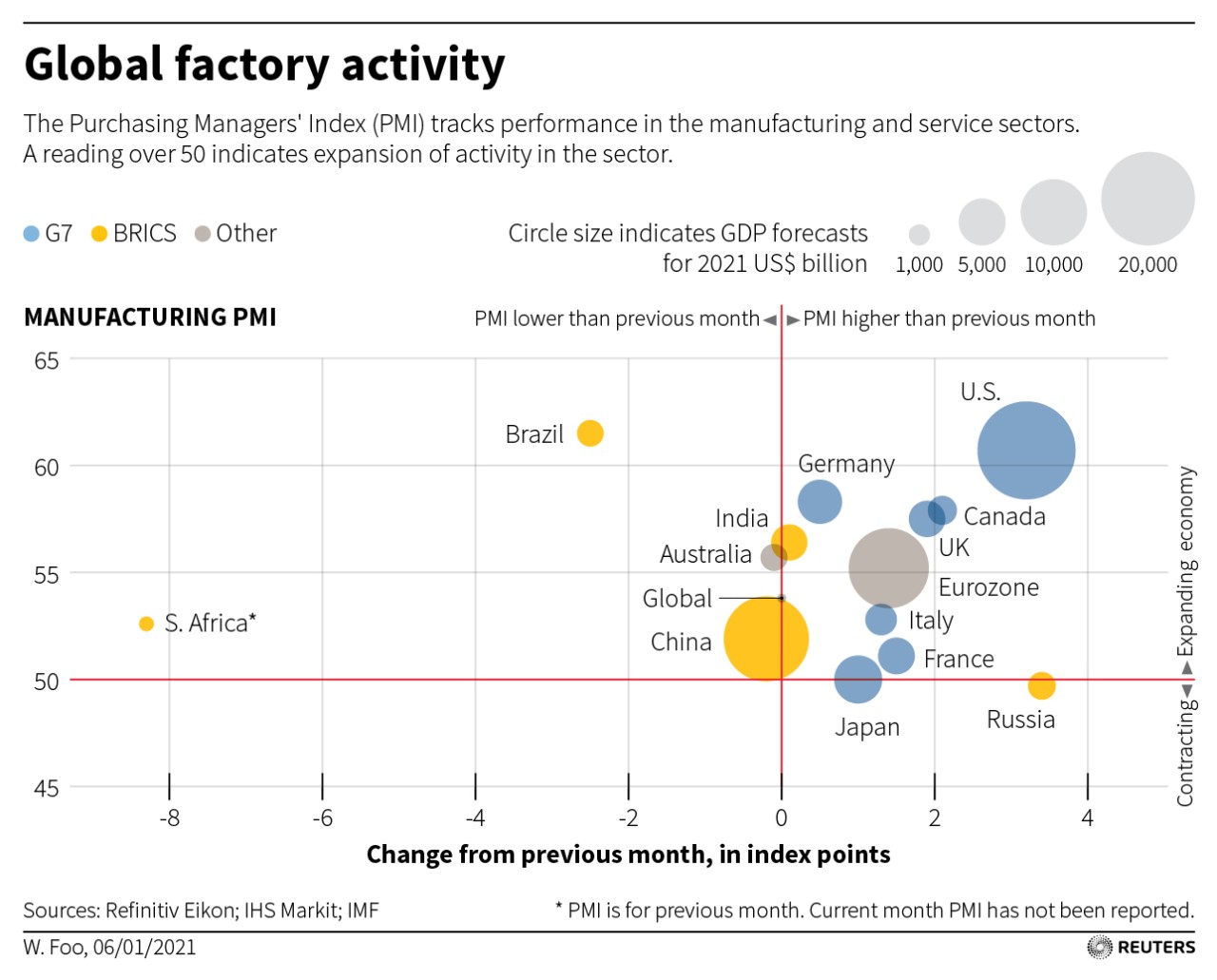 Editor’s note: The following is a transcript of the accompanying video. ©2020 Thomson Reuters.

Manufacturers recovered from a brutal year towards the end of 2020, surveys showed Monday [4 January].

European factories ended on a high, while Asian activity grew moderately thanks to demand in China. In December, activity in euro-zone manufacturing rose at its fastest pace since mid-2018.

IHS Markit's final Manufacturing PMI in the bloc rose to 55.2 in December — the highest reading since May 2018 and well up on November's 53.8. Anything above 50 is a sign of growth. Germany was again the main engine of growth there.

In Asia, PMI surveys showed manufacturing activity expanded in Japan, South Korea, and Taiwan. In Japan, output stabilised for the first time in two years. It's another sign that many manufacturers in Asia have bounced back from the damage caused by the health crisis. But it wasn't all positive in the region. In China, factory activity slowed last month. The country's PMI fell in December to 53 — its lowest level in three months, though it did stay above the 50 level.

While the end of 2020 brought some signs of growth, going forward the recovery outlook was clouded by the prospect of new global restrictions. A rise in infections has forced many countries to reimpose strict controls on economic activity — which could hurt large exporters like China and Germany.