Many CFOs yearn to make the leap from the top position in the finance department to a leadership role for their entire organisation — including becoming the CEO or chairman. That goal was realised by former finance head Daniel Zhang, current CEO and newly named chairman-in-waiting of Asia’s largest firm by market value, Alibaba Group. Zhang will take over as chairman from founder Jack Ma in a year while retaining his position as CEO.

Ma shed light into Zhang’s transition from finance to CEO — and now future chairman — at the World Economic Forum’s recent meeting in Tianjin, China. Ma had openly said in the past that CFOs don’t make good CEOs. But he evidently saw that Zhang is an exception.

“The CFO position is an interesting one. An excellent CFO is someone with an understanding of risk and chooses the most prudent option,” Ma said. “That’s why in business strategy, a CFO makes the most conservative choices.

“But over the years in Alibaba’s growth, we have had to make risky decisions,” Ma continued. “That’s why I thought at that time, as an outstanding CFO, it’ll be difficult for Daniel to be a CEO. But later I realised, Daniel is different. He was a CFO who dared to take risks. He was willing to change himself.”

Zhang, a 46-year-old Shanghai native, joined Alibaba in 2007 as CFO of Taobao, then the company’s main online marketplace. In 2008, Zhang was appointed COO of Taobao and general manager of Taobao Mall, a shopping platform for established brands. Zhang volunteered to look after Taobao Mall after the departure of the unit’s general manager. It was a move that set in motion one of his most successful ideas and demonstrated his instinct for what works in a technology-driven retail business.

“I thought, this is such an important business, if nobody will take care of this, I will take care of it temporarily,” Zhang had said on Alibaba’s news site. His initiative to add a business to his workload paid off handsomely. He is the mastermind behind Singles Day, an annual shopping bonanza that eventually surpassed Black Friday as the world’s largest online shopping event. 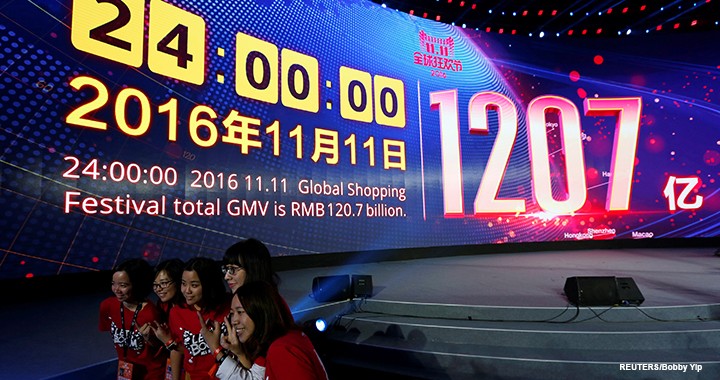 Ma added that Alibaba needed leaders who are not content with just sticking to procedures: “Yes, we need processes, but within that, we need people who are willing to disrupt the processes.”

Zhang was promoted as CEO of Alibaba Group in 2015, a year after its initial public offering. And he lived up to expectations — creating new businesses for Alibaba, and widening its reach into logistics, brick-and-mortar stores, and artificial intelligence.

He built Cainiao, a logistics network that supports Alibaba’s e-commerce shipments, and led the strategy for consumers to move to mobile-first shopping on Taobao. Zhang was also instrumental to Alibaba’s experiment in online-to-offline businesses — namely, its cashless Hema supermarket chain that allows customers to pay through facial recognition and offers personalised experiences through artificial intelligence technology.

“Daniel has something that I don’t have — systematic thinking and a sober mind,” Ma said. “Startup entrepreneurs can be temperamental sometimes. And with Alibaba’s scale today, it needs someone with that ability. We [founders] all understand this … We need systematic and organised leadership for Alibaba today. In this aspect, I think Daniel is the right candidate.”

Go here to watch the full session at the World Economic Forum’s Annual Meeting of the New Champions 2018.

Editor’s note: Jack Ma’s comments quoted in this article are translations from Chinese by FM magazine. While it may differ from live translations recorded and provided by the World Economic Forum, Ma’s comments were retranslated to more accurately reflect what he said in the original language.

— Alexis See Tho is an FM magazine associate editor based in Malaysia. To comment on this article or to suggest an idea for another article, contact her at Alexis.SeeTho@aicpa-cima.com.