The anticipated 12 June meeting between US President Donald J. Trump and North Korean leader Kim Jong-un raises the tenuous possibility that a diplomatic solution may yet be found for tensions between the two countries — a solution that could also create business opportunities on the Korean peninsula.

First, a major disclaimer: It is not yet clear if all the parties involved in the diplomacy — including the US, North Korea, South Korea, and China — can find a way forward. This will be a complicated, multilateral process fraught with political hazards.

Even so, recent developments have sparked a hint of cautious optimism from some experts.

“There is a lot of uncertainty involved, but I think the political climate is making life easier from a business point of view,” said Paul Tjia, director of GPI Consultancy, an IT outsourcing consultancy based in Rotterdam, Netherlands, that has been working with North Korean companies since the 1990s. But he cautions against moving too quickly.

“This is the opening to possibility instead of possibility,” he said.

A new era of economic co-operation on the peninsula could offer significant competitive advantages for South Korean companies against the low-cost labour markets in China, Vietnam, and Malaysia, particularly in IT, clean energy, and mineral extraction, according to John Feffer, director of Foreign Policy in Focus at the Institute for Policy Studies in Washington, DC, and author of North Korea, South Korea: U.S. Policy at a Time of Crisis.

South Korean companies such as Hyundai, Samsung, and LG Electronics could regain access to North Korea’s large, low-cost labour force, with the reopening of the Kaesong Industrial Complex. This is a joint industrial park at which 124 South Korean companies employed 54,000 North Koreans. The park was shuttered in 2016 after North Korean missile tests. Continued rapprochement could create other Kaesong-like projects and give South Korea even wider access to North Korean labour, according to Se Young Jang, nonresident scholar in the Nuclear Policy Program at the Carnegie Endowment for International Peace.

Jang addressed those points in an email response to questions, writing that, “… the South can benefit from the cheap but skilled labour from the North, and the latter can benefit from new revenues and infrastructure offered by the South”.

South Korean companies would also gain from access to North Korea’s natural resources. Importing natural resources from the North would be beneficial for the South Korean economy, which has been heavily dependent on imported resources from other countries, according to Jang. “The benefit of acquiring cheap minerals from North Korea has only gone to China thus far,” Jang wrote in her email response to questions.

There is an inherent risk for South Korean companies, however. The relationship between the two Koreas has been tumultuous for decades, and this isn’t the first time a breakthrough looked possible.

“If the political relationship between the two Koreas goes backward, the companies which invest in the North would be the first victims to suffer,” Jang wrote.

An easing of tensions also could lead to transportation improvements, specifically connecting and modernising roads and railways between the two countries.

This could be a boon to European businesses as it “would provide the missing link in improving the trade connectivity of the Korean Peninsula to Europe if inter-Korea rails connect to Russia and China,” according to an analysis of the investment impact of a more open North Korea released by Morgan Stanley’s Seoul office in late April.

“All the countries involved would gain a lot by saving transportation costs when they export and import goods from each other,” said Jang.

None of this happens without a decades-long South Korean investment in infrastructure, transportation, and technology, according to Feffer, who has also written extensively on German reunification.

That expenditure would be “a remarkable investment opportunity for South Korean businesses, especially construction, and the kinds of small and medium enterprises that invested in the Kaesong industrial complex,” according to Feffer.

Investment in North Korea would largely be a one-way street at the moment, as North Korea offers a scant consumer or import market.

In its current economic state, North Korea’s “per capita gross national income in 2016 was just 1.5 million won ($1,342), less than 5% of the comparable number in South Korea,” according to Reuters.

The recent diplomatic moves raise hopes, but, realistically, for most companies not much changes yet.

“First of all, sanctions are still in place and they make economic investment of any significant amount somewhat difficult,” said Feffer.

If a diplomatic accord can be reached, there is a real chance that North Korea would become more open to outside business and investment. That’s a big “if” that requires businesses to be patient.

It would be better for “outside” investors to wait a little bit before embarking on any kind of substantial works, according to Jang. But it is still worth following the developments in the peninsula and being ready to jump on, Jang advised in her email.

Companies considering the business opportunities that may arise from diplomatic initiatives in Korea must also understand the risks — and there are plenty of those, starting with the unpredictable nature of the diplomacy itself.

That uncertainty should give businesses pause before making changes on the Korean Peninsula but shouldn’t preclude giving the idea some thought, according to Tjia.

“What I’ve noticed, even in the last week, is a growing interest from Dutch companies in exploring North Korea because of the peace discussions,” he said, speaking in early May. “I think starting to investigate your business options will make sense now.”

— Drew Adamek is a freelance journalist based in the US. To comment on this article or to suggest an idea for another article, contact Chris Baysden, an FM magazine associate director, at Chris.Baysden@aicpa-cima.com. 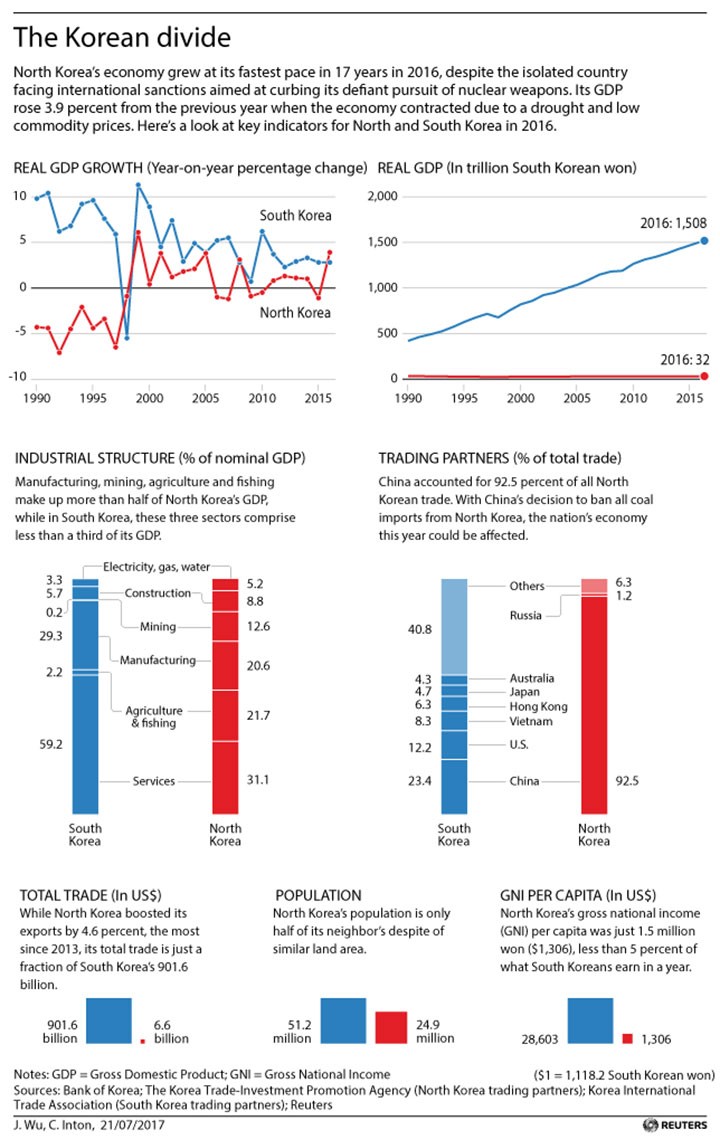