UK Prime Minister Theresa May postponed a decisive vote by the UK Parliament on the Brexit agreement on Monday afternoon. MPs in the House of Commons were scheduled to vote on the agreement on 11 December when May announced the postponement after it became clear the deal, reached with the EU on 25 November, was headed for defeat.

"If we went ahead and held the vote tomorrow, the deal would be rejected by a significant margin," May said in a speech to Parliament.

May's statement followed three days of debate by MPs on the deal. The prime minister cited unresolved issues relating to the border between Northern Ireland and Ireland for delaying the vote. Days of contentious debate made clear that there was little support for the deal and that almost every constituency in Parliament had significant complaints.

No new date for a vote on the agreement has been announced.

Today's delay now extends, and deepens, the uncertainty surrounding Brexit. The EU has been unequivocal in its refusal to further modify the deal, and May cannot get approval for what has been negotiated.

With no clear path forward and the 29 March 2019 Brexit deadline looming, businesses and citizens are stuck in limbo, unable to make concrete plans.

Also on 10 December, the European Court of Justice (ECJ) delivered its judgement that the UK is free to revoke unilaterally its intention to withdraw from the EU. The action that started the withdrawal process was initiated on 29 March 2017 under Article 50 of the Lisbon Treaty. The court's decision applies to any EU member state.

The decision resulted from an application for judicial review initiated by members of the UK Parliament, the Scottish Parliament, and the European Parliament in December 2017.

According to an ECJ press statement, "the revocation must be decided following a democratic process in accordance with national constitutional requirements".

Markets reacted to the decision with the pound sterling falling to its weakest level since April 2017, according to Reuters. 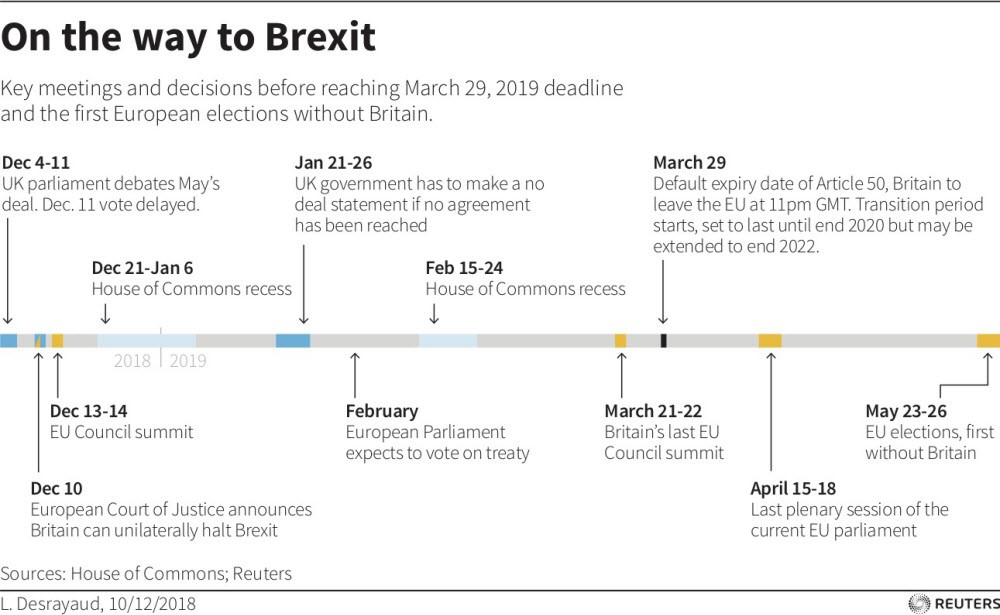