The UK Parliament is gearing up for what is expected to be an 11 December vote by MPs in the House of Commons on the deal achieved by Prime Minister Theresa May and approved by the leaders of the 27 other EU countries on 25 November.

Leading up to the vote are further days of debate. The motion to be voted on is whether to approve the "negotiated withdrawal agreement" and also the framework for "the future relationship between the EU and the UK". The proposed agreement, framework, and explanatory documents are available on the gov.uk site here.

Under the current timetable the UK is due to leave the EU on 29 March 2019.

Much of what happens after the vote is uncertain. Here is an infographic outlining the different scenarios that could unfold. 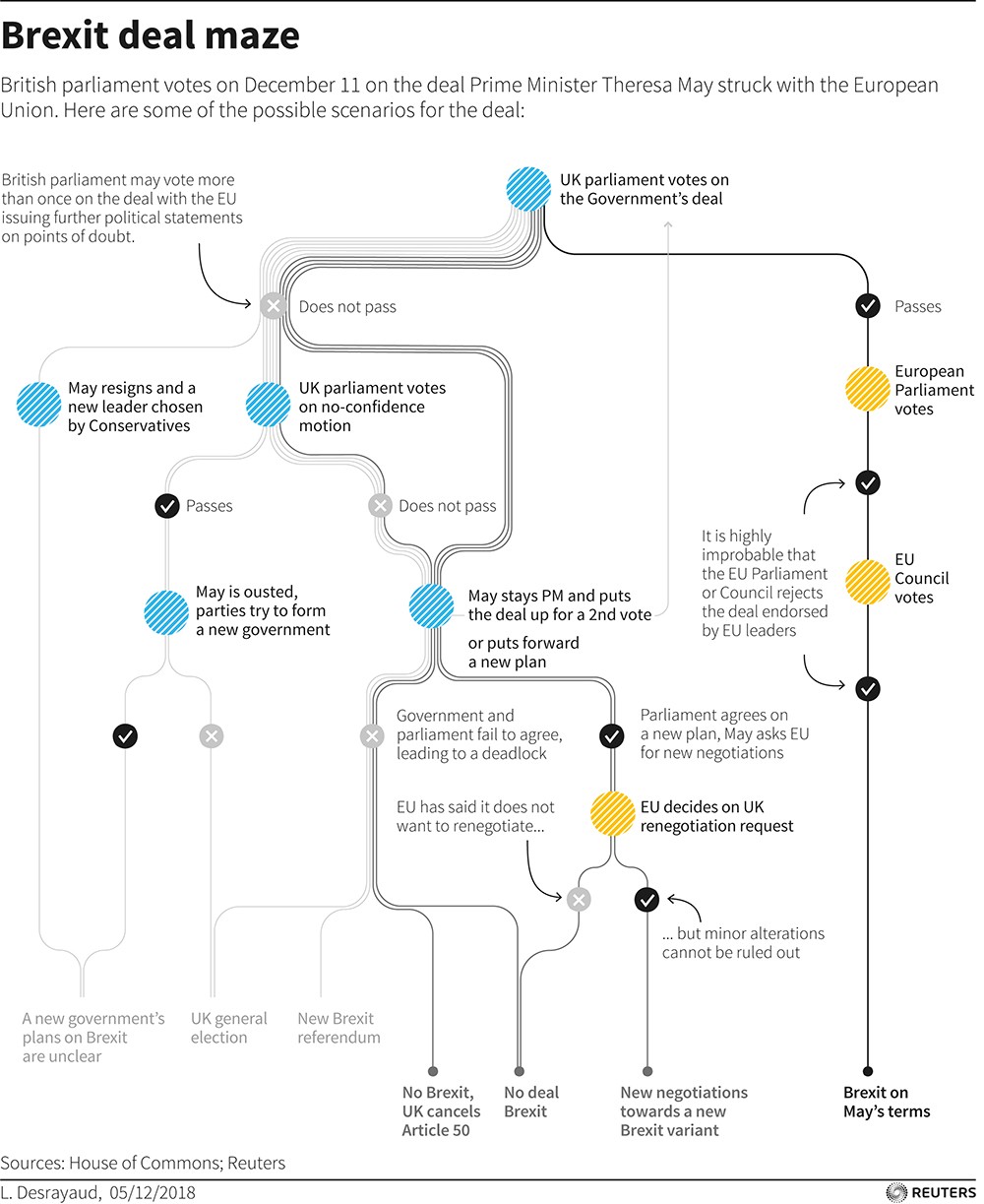