The pace of change in global business seems to be accelerating, and events of the past year support that feeling. From the Paradise Papers to the rise of bitcoin to buzz about artificial intelligence and robotics, the global business environment continued to experience sweeping changes. To illustrate some of those events, here is the year in pictures.

The Paradise Papers turns offshore finance inside out 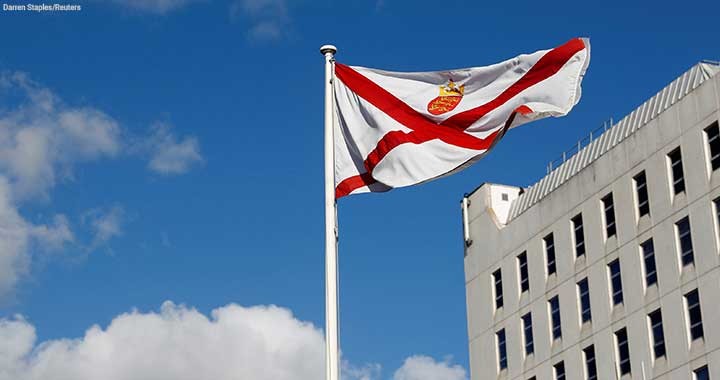 The flag of Jersey flies outside Cyril Le Marquand House, which houses the Treasury and Resources Department and Taxes Office, in St Helier on the Channel Island of Jersey, on 8 November. The leak of secret corporate records showed that Apple in 2014 shifted substantial assets to the Channel Island, which collects no corporate taxes from foreign companies, according to the BBC. Apple reportedly made the move as Ireland changed its laws to eliminate a popular tax strategy. It was just one story to emerge from the release of the Paradise Papers, which included millions of financial documents from the world of offshore finance.

London puts the brakes on Uber 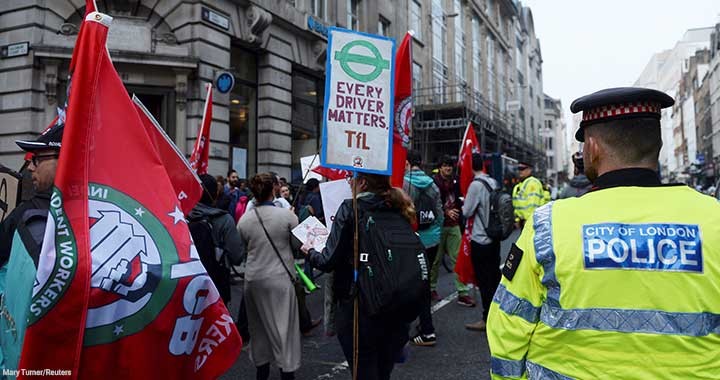 A police officer keeps an eye on a protest against Uber and in favour of labour rights in central London, on 27 September. A regulatory agency refused to renew Uber’s licence to operate in London, citing safety and security concerns. Uber can continue to operate at least until its appeal is heard, according to the regulator, Transport for London. Media outlets have reported that the appeals process could last well into 2018. In December, a European court ruled that Uber is a taxi company, another ruling with significant implications for the “gig” economy. The cases are among the most dramatic examples this year of the conflicts that can arise between disruptive digital businesses, policymakers, and legacy companies. 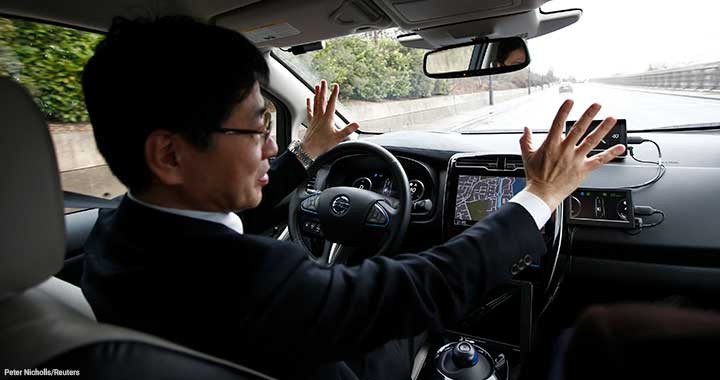 Nissan’s head of automated driving, Tetsuya Lijima, sits at the controls of a modified Nissan Leaf during its first demonstration on public roads. Self-driving cars put significant mileage on their odometers this year. Alphabet’s Waymo unit announced that it had logged one million miles on its test units between May and November 2017, a significant acceleration from previous years, while Uber’s autonomous effort recently reached the milestone of one million miles driven in September. Waymo plans to launch a driverless ride-hailing service in the near future, as does GM, according to Reuters. 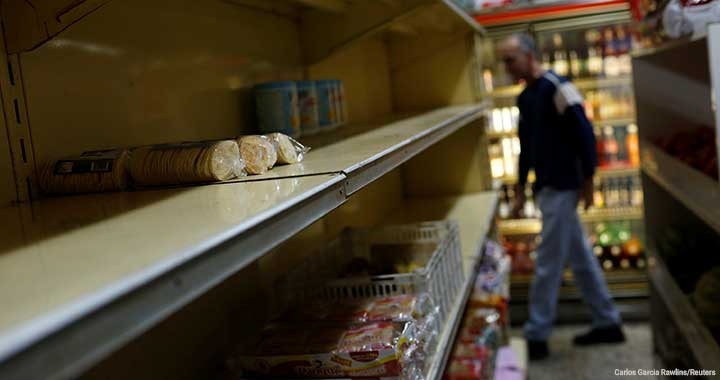 A man walks past empty shelves at a supermarket in Caracas, Venezuela, on 9 March. The nation’s economic and political infrastructure are falling apart amid a growing economic crisis. Venezuela is entering a fourth year of recession, which has left the South American country’s residents short of food and medicine. The scenario has fuelled malnourishment, disease, and crime, Reuters reported. As the country’s currency plummeted in value, President Nicolas Maduro seized more political power this summer. Scores of people have died in protests, CNN and other news outlets have reported. 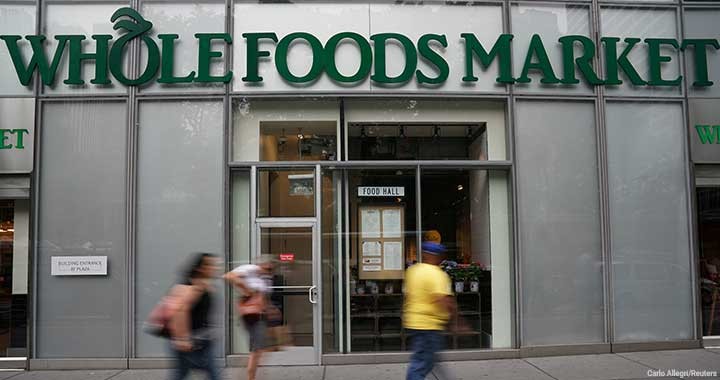 A Whole Foods Market is pictured in New York City on 16 June. Amazon bought the grocery retailer for $13.7 billion deal in June, an eye-opening move from the digital marketplace into the real world. The brick-and-mortar stores and their supply chain will provide crucial infrastructure as Amazon expands into the food business. The purchase already has ignited new interest in grocery delivery, according to Bloomberg. 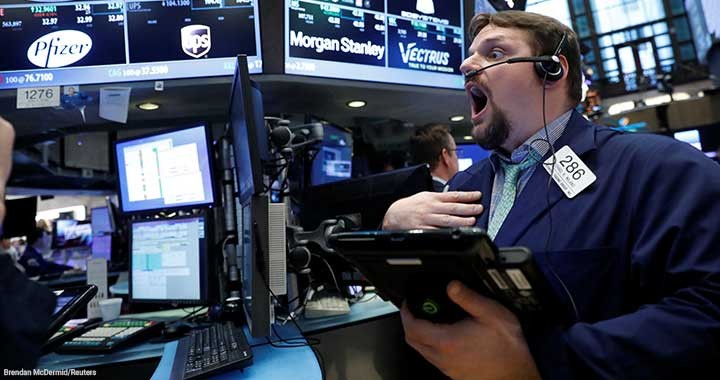 A trader works on the floor of the New York Stock Exchange on 15 May. Stock markets around the world pushed relentlessly higher in 2017. The Dow Jones Industrial Average, for example, set a record number of records: It hit all-time highs on more days in 2017 than in any previous year. The S&P 500 was up 19.7% in 2017 at the close of trading on Tuesday, and the passage of a tax overhaul could drive US markets even higher. Meanwhile, global stocks have not had a month of collective decline since October 2016, according to MarketWatch. 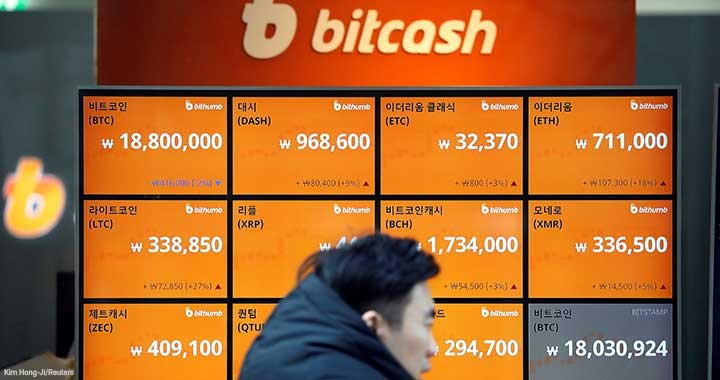 A man walks past an electronic board showing exchange rates of cryptocurrencies including bitcoin, top left, at a cryptocurrency exchange in Seoul, South Korea, on 13 December. Bitcoin saw an astounding rise in value this year, from about $1,000 per coin to nearly $20,000, resulting in huge gains for some. The rapidly fluctuating digital currency has posed new questions for accountants. The blockchain technology that supports bitcoin could revolutionise legal and financial arrangements.

Artificial intelligence was the talk of every industry 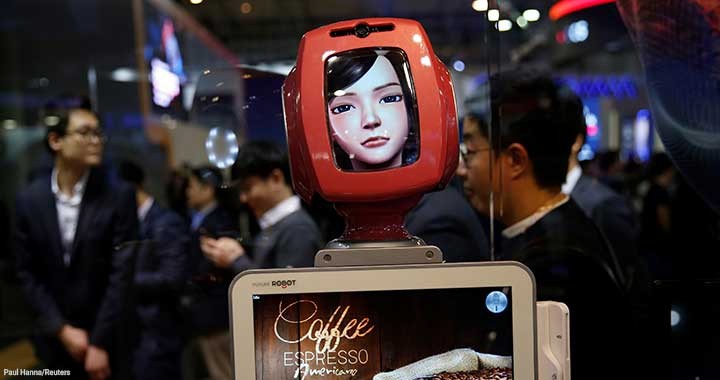 Commerce Bot, a robot that provides customer service with artificial intelligence technology and voice recognition, is seen at SK telecom’s stand at the Mobile World Congress in Barcelona on 28 February. The research firm Tractica predicts that the market for AI could expand from $1.4 billion in 2016 to about $60 billion in 2025. Within accounting, investments by the Big Four firms already are slashing the number of hours required for complex audits. So far, machine learning and related technologies are proving most adept at digesting and performing basic analysis on large volumes of data. In the long term, the encroachment of machines on human tasks could pose significant philosophical and economic questions. 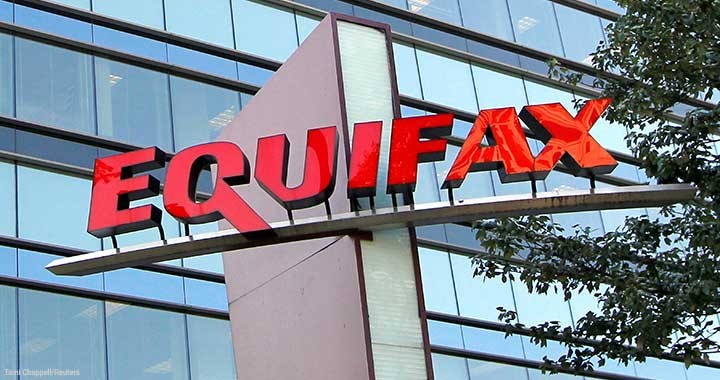 Credit reporting company Equifax’s corporate offices are pictured in Atlanta, Georgia, on 8 September. Attackers stole the personal information of about 143 million people, including US Social Security numbers, after breaching Equifax. The attack’s impact could echo for years as the data are used to steal identities. It was just one of many high-profile incidents, including the leak of US government hacking tools, revelations about an earlier attack on Yahoo, and the dizzying spread of the crippling WannaCry malware. In an increasingly interconnected world, these types of attacks are unlikely to subside.

The slow death of bricks-and-mortar retail 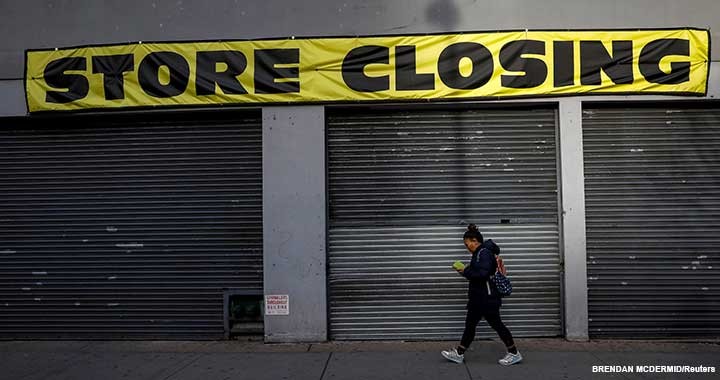 A woman passes by a closed store in New York City on 6 December. Retailers big and small, including RadioShack, Macy’s, and Sears, announced major store closures in 2017. Competition from online retailers was the most obvious cause. In the US, the news publication Quartz estimated, the number of jobs in Amazon-related retail sectors declined by 170,000 in 2017. Some of those jobs are moving into e-commerce and fulfilment, but Amazon also is replacing humans with tens of thousands of robots, Quartz reported. Countries around the world are preparing for the Amazon effect as the company and others like it, such as Alibaba in China, continue to expand.