Many finance professionals talk to their bosses about career development less often than they would like – and less often than one might expect, considering the shortage of skilled finance talent, research by Robert Half suggests.

The recruitment company surveyed more than 1,200 finance and accounting professionals in the US. Eighty-two per cent of respondents said they would like to discuss their career paths with their bosses annually or quarterly, but only 55% do. Forty per cent said managers never talk to them about career goals and expectations and what it takes to meet them.

“These conversations are important and have long-term consequences,” said Kathleen Downs, a vice president at Robert Half.

Career path discussions increase employee satisfaction and pipeline development – effects that support talent retention and boost productivity, Downs said. Career path discussions are even useful when managers cannot offer promotions based on performance, she said. “The employee may leave anyway, but the probability is higher that they’ll leave if the manager says nothing.”

Most career path discussions take place during annual performance evaluations. Forty-four per cent of survey respondents said they talk with their bosses about career paths once a year. Eleven per cent have the discussions quarterly, but many more (37%) said they would like to have them that frequently. 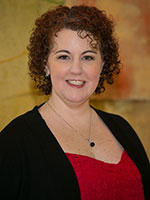 Finance professionals and accountants at the beginning of their career tend to want a lot of feedback, said Misty Geer, CPA, CGMA (at left), an accounting supervisor with Halliburton, one of the world’s largest oil field services companies. Geer has been in the profession for seven years and supervises three people.

“There’s a lot of pressure on millennials to get up to speed and to do it quickly,” Geer said. Business environments are turbulent, with mergers and acquisitions bringing rapid change, baby-boomers getting ready to retire, and technological innovations upending processes. 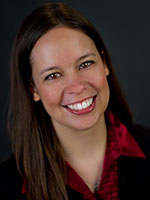 Elizabeth Pittelkow, CPA/CITP, CGMA (at left), director of accounting and compliance at ArrowStream, a supply-chain software-as-a-service technology company in Chicago, has a career development conversation as often as once a week.

Formal talks with her boss usually happen twice a year, during her performance review and for her human capital management plan, which is an Excel-based inventory of skills that includes a discussion about opportunities to increase the employee’s skills. Informal career development talks can be part of one-on-one weekly meetings Pittelkow has with the people she supervises and the CEO, as well as bimonthly meetings she has with other department leaders.

Career development discussions may not immediately pay off, and their connection to the bottom line is a long game, which can make it hard for some managers to prioritise these discussions, she said. “You have to have buy-in at the top of the organisation,” said Pittelkow, who has spent half of her 11-year career in public accounting and half in industry.

Geer and Pittelkow offered tips on how to encourage career development discussions outside of formal performance reviews: