CFOs should apply the same urgency to their careers as they do to work activities such as financial planning or strategic initiatives. And those who devote energy to developing strong teams end up helping themselves in the long run. 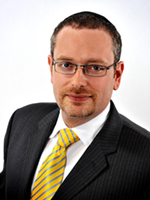 That’s according to Samuel Dergel, CPA, author of Guide to CFO Success. Finance chiefs tend to devote so much attention to doing the job and showing loyalty to the employer that they forget to invest in themselves or their direct reports, he says.

CFOs can focus on their career and their job at the same time, he adds. Neglecting team and individual development can lead to a career stop they haven’t planned for: the role of a CFO looking for a job.

CFOs do plenty of planning, but they rarely plan for their next career move. Dergel said this is partly because of guilt. A CFO might think: “I’m being paid by my employer. I have to give them my full commitment. If I’m looking beyond my current position, then I’m not giving everything to my employer.”

Dergel said a well-rounded CFO – one who is sharpening technical skills but also developing leadership skills – is able to provide more value than the CFO who fails to invest in career development.

For a CFO to be considered great, Dergel said, he or she must do the following:

Focus on life, not just the job. Dergel, a director at executive search firm Stanton Chase, said day-to-day work should be better managed by finance chiefs. A sense of loyalty often pushes CFOs to spend too much time at the office and too much thought on day-to-day issues.

They’ve been taught that the job must get done, no matter what the clock says, and there are times when long days at the office are unavoidable. But Dergel points out that a stressed-out CFO is not going to be as effective as one who takes occasional breaks.

“You’re not helpful if you’re not able to find balance or happiness in your life,” he said. “… Give the other parts of your life the time you need.”

He says mobile technology can help, enabling CFOs to be two places at once, such as watching a child’s sporting event and responding to an urgent email.

In certain cases, CFOs might be better off delegating daily tasks and focusing on the future. “Great CFOs focus on ensuring that things get done rather than spending too much time making things happen themselves,” he said.

Focus on building a great finance team. A CFO is only as good as the finance team he or she manages, Dergel said. And talent development is a common theme amongst CFOs these days.

Arriving at the right team is not easy, depending on what talent is on the roster and what talent is available. Training can help, of course, but so can a positive environment. Dergel lists three R’s that set the wheels in motion for developing a strong team:

Focus on building a great network and adding value to that network. All the LinkedIn connections in the world won’t get a CFO very far if that CFO rarely interacts with the group, Dergel said. The same applies to face-to-face networking. Instead of attending finance events only, CFOs need to escape the finance bubble and meet new people at industry events or at company events with clients.

“As a senior finance person, you need to feel out of place,” he said. “Business is not finance alone.”

Another suggestion he offered is to serve on the board of another organisation. In addition to exposing a CFO to other ways of doing business, such service increases that CFO’s visibility.

“As Role Changes, Finance Chiefs Must Master New Languages”: Nick Araco, the CEO of The CFO Alliance, explains what’s on the minds of finance chiefs in a Q&A about where CFOs have been and where they’re going.