For much of the past six years, the toy industry has been in crisis. More than three dozen US companies have been forced to recall toys with lead paint levels that exceeded federal limits. The crackdown started after lawmakers passed more stringent testing and documentation requirements and stiffer punishments.

But Hasbro, a major US toy and game manufacturer whose brands include Easy Bake Ovens, G.I. Joe action figures and board games such as Candy Land, wasn’t among those companies. 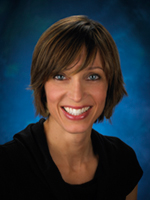 The reason: a culture of ethics backed by senior management and directors – one that is reflected in auditing, internal controls and compliance programmes, says Kathrin Belliveau, Hasbro’s vice president for compliance, government affairs and corporate responsibility. “We always talk about doing the right thing,” she says. “Sounds pretty simple, but it’s been our guiding mantra.”

That mantra has helped the company earn the distinction of being one of the World’s Most Ethical Companies, an award granted by Ethisphere Institute, a research organisation that spun out of a corporate compliance and ethics training and consulting firm in 2007.

The awards are given every year to companies that exceed legal compliance minimums and shape future industry standards by introducing best practices. This month, 144 companies – including 38 based outside the US – received the award.

The awards are determined by scores given for ethics and compliance programmes (25%), reputation, leadership and innovation (20%), governance (10%), corporate citizenship and responsibility (25%) and culture of ethics (20%). The score each recipient receives is confidential, and Ethisphere does not rank companies that are honoured.

Among the 2014 honourees were 17 corporations that have been named the world’s most ethical companies eight years in a row, including UPS, PepsiCo, Texas Instruments and Deere. Hasbro has won three years in a row.

During the past five years, the US Consumer Product Safety Commission and US Customs and Border Protection stopped at least 9.8 million units of about 3,000 different toys that violated applicable standards from reaching consumers.

Hasbro avoided being sucked into the lead paint crisis because, true to its mantra, the company set standards for lead in paint that were more stringent than the 2008 federal limits, Belliveau said.

The company also extended the same standards to foreign contractors. And the company employs quality-assurance inspectors on factory floors and requires testing before the toys are shipped to the US.

The company has also been active in environmental initiatives. In 2012, Hasbro announced plans to reduce materials used in product packaging for many of its highly popular global brands and, in 2013, the company pledged to phase out PVC in new toy and game product packaging. Hasbro has also sought to redesign disposable boxes and other kinds of packages that use less material.

And to distinguish its corporate brand from competitors, Hasbro decided to go public with its corporate culture of ethics – the kind of transparency that is a common denominator among many of the award winners.

Examples of what other repeat honourees have accomplished in recent years, according to company responsibility reports, include:

The ethics awards, for which companies must apply, reflect an increased awareness of corporate ethics that goes beyond just compliance.

A crackdown on corporate corruption, bribery and fraud and the reputational damage that multinationals risk when they get caught have propelled ethics concerns to the top of corporate general counsels’ minds worldwide, research suggests.

A 2014 survey by the Association of Corporate Counsel, which polled more than 1,200 chief legal officers or general in-house counsels in 41 countries, found that 88% of respondents named ethics and compliance as their top concerns, ahead of regulatory changes (83%) and information privacy (79%).

Businesses, particularly in the era of social media, have recognised that ethical behaviour builds trust with outside stakeholders.

To maintain its reputation as one of the world’s most ethical companies, Hasbro, for example, makes sure retailers, regulators and consumers are aware of its stringent standards and requirements.

Trust in business worldwide has been improving in the past five years, the 2014 Edelman Trust Barometer has found. But results of the study, which is based on a survey of about 33,000 respondents in 27 countries, also suggest demand for government oversight remains strong.

In 2014, 58% of respondents trusted business to do what’s right, up from 49% in 2009. Especially in emerging economies, such as Indonesia, Brazil and the United Arab Emirates, trust in business improved. But companies based in emerging economies were perceived less trustworthy than companies based in Europe or North America, according to the research.

Despite the increased trust in business, 42% of respondents said government regulation of business is not enough, compared with 27% who felt business was regulated too much.

“Introducing: The ‘Conscience in Your Pocket’”: The Institute of Business Ethics has launched a free mobile phone app to provide employees with immediate guidance on a range of scenarios from accepting gifts and hospitality to facilitation payments and conflicts of interest.

“Bridging the Ethical Divide”: About 80% of companies have ethics codes, yet only 36% collect ethics data. Learn more about the “ethical divide.”

The world’s most ethical companies

Ethisphere established the world’s most ethical company award in 2007. Since then, 17 companies have received the award eight times in a row. They are: