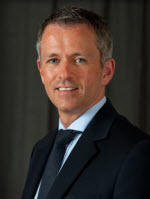 Mike Forde was director of football operations at Chelsea FC during one of most successful eras in the football club’s history, spanning wins in the Champions League and Europa League, an English Premier League title, and three FA Cup victories, so it’s safe to say he knows a thing or two about high-performance culture.

Given the parallels between elite sport and the world of business, insights from the field of play can help finance professionals operate at the top of their game. After all, says Forde, sport is first and foremost about human capital. Businesses and top-flight teams alike are engaged in a war for talent, and in both worlds, last year’s records become this year’s baseline. Forde offered the following insights at the CGMA Europe conference in London.

Attaining high performance as an individual

Desire to be the best: One of the characteristics shared by those who are able to create high performance and sustain it over time is a passionate desire to be the best, Forde says. They continuously develop and invest in themselves. These individuals are then able to enthuse and energise other people with this desire, driving the performance of the whole team.

Be curious: “The number one thing for me about high-performance environments that creates and sustains success is curiosity: The best people have inherent curiosity to understand what has made them successful, how the people around them are successful, how the competition is successful, and actively seek out this knowledge,” Forde says. Once you have gained the insight you are looking for, make sure you apply it.

Forde practises what he preaches: When faced with a problem in a particular area, such as recruitment, Forde visits organisations that are breaking new ground in that subject, such as Google, to hear about the solutions they have come up with.

Take care of the basics: Don’t overlook the basic components of your business. Brilliant performance is not about doing crazy things time and time again. In football, a significant number of goals come from something very basic, such as a corner or a free kick, he says. So make sure you get the basics right every time.

Adapt your game plan to suit the situation: Having the flexibility to understand which game plan to pick to suit the situation is a characteristic shared by top-performing teams. Too often people get caught in a mindset of having to win in a certain way. But to take an example from sport, sometimes you can outscore the opposition, and sometimes you can out power them. “So when faced with a rival in whatever job I’m doing, I’m not thinking about the organisation,” Forde says. “I’m thinking about who’s doing my job in that space. Who’s the CFO of the business that’s trying to take my market share, because he or she is my competitor.”

Similarly, the model of past success that people look to is not a reliable indication of what success will look like in the future. Five years ago, the profile of a Champions League winning side was 6-foot-2 German powerhouses with 6% body fat. And yet in 2013, Barcelona, the team with the smallest average height in the world, turned out to be the squad of a generation.

Understand the value of each team member: The brilliant teams spend a significant amount of time on the opposition, but crucially, they understand their own capability and are aware of what they can execute better than anyone else. An individual may not appear to be a star performer, but without them there could be a whole different dynamic on the team and a vital ingredient would be lost.

Likewise, people who may appear to not quite fit the mould also play an important role. Too often people think they’re at the pinnacle of what they can do, but all of a sudden somebody does something that’s incredible, and it becomes the new norm. “If you’re going to drive your business on, it’s not the mean that drives it on,” Forde says. “It’s the people around the edge of the standard deviation – people who sometimes do strange things that upset you, that cause you frustration, they’re worth it. And their job is to push you on.”

Creating the right environment: You have to create the right culture and environment to ensure that each individual’s talent can shine through. “Often, there is talent within the organisation already, and what suppresses it is us [as managers], the system, the culture, the way we do things,” he says. So it’s important to implement a way of identifying those people and then nurturing and developing them to their full potential.

Talent motivates talent: “When you work with people who’ve got an appetite for success and want to achieve things, whatever the time frame, that’s an inspirational environment to be in,” Forde says.

Trust is crucial: The most important element of recruiting talent and driving success is that when you put people together, they trust each other. That applies whether you’re in a business setting or a Formula One driver who needs to have trust in the engineers when he’s racing at 300 kilometres per hour.