As the global economy recovers and as businesses strive for growth, chief procurement officers (CPOs) are seeing the focus of their role broaden to support that expansion.

In recent years, cost reduction has been the dominant concern for procurement professionals. Deloitte’s third annual CPO survey reveals that new product and market development are also firmly on the agenda, closely followed by organic expansion.

“Growth will still need to be funded, so cost management and cash releasing strategies will continue to prevail, but a shift to an expansionary agenda by businesses means procurement needs to introduce new suppliers and more innovative supplier incentive models,” James Gregson, head of sourcing and procurement at Deloitte UK, said in a news release. 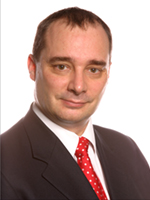 Professor Richard Wilding, a professor of supply-chain strategy at Cranfield School of Management, sees this expansion focus as particularly challenging given the existing shortage of resources, whether it be people with the right skillset or physical components for manufacturing. “The market has been quite squeezed for a number of years, and a lot of investment that should have been going into place hasn’t actually taken place in the way we’d expect it to,” he said in an interview.

Fifty per cent of the CPOs surveyed in September 2013 by Deloitte said that procurement risk had increased in the previous 12 months. In light of that, procurement professionals recognise that they have a role to play in risk mitigation. The report also identifies the need for procurement to adopt a more active and insight-driven strategy in this area, since respondents said that the tools they most commonly used in the management of risk were limited to attending risk meetings, delivering process governance and preparing policy guidance.

The report identifies a clear need for procurement to develop its business partnering capability. Gregson described this existing misalignment as the function’s “biggest weakness and, at the same time, its greatest area of opportunity.”

Currently, 61% of respondents described themselves as being “somewhat effective” at delivering value for stakeholders. While an absence of aligned objectives was cited by 45% of respondents as the primary reason for this, 36% believed a lack of the right resources hindered their efforts to deliver value.

The survey of 180 CPOs and procurement directors in 17 countries also revealed a significant skills gap. Forty-eight per cent of CPOs did not feel their current team had the required skills and capabilities to deliver the company’s procurement strategy, and 88% of CPOs said leadership skills were lacking. Meanwhile, 66% flagged a need for other soft skills such as influencing.

“CPOs need to create teams that are at the heart of decision-making, by bringing valuable insight and talent with the right skills to influence budget holders,” Gregson said.

In Wilding’s view, the ideal procurement professional understands the total supply chain. “It is increasingly important that they move away from basic supplier management into a situation of supply-chain management,” he said. “They need to understand the impact of their decisions on others across the organisation and across the supply chain as a whole.

“For example, if you’re buying stuff from India or China, what is the impact on the risk profile of that decision? What happens in terms of the financing? You might be able to buy that stuff cheaper, but your cash flow – your cash-to-cash cycle – may be extended. Cash to cash for local sourcing may take 11 weeks – while for global sourcing it may take around 19 weeks. You need to liaise with the finance functions; you need to liaise with your supply-chain-rich management functions. The whole business needs to be integrated around those decisions.”

In addition to the leadership qualities sought by survey respondents, the softer skills, such as liaison and partnership skills, are becoming increasingly important, he said. While technical intelligence is the qualifier for a job in procurement, it is emotional (or relational) intelligence, or EQ, that differentiates candidates for those roles. “Part of that is to identify the appropriate type of relationship to have with different members of your supply base,” Wilding said.

A trend that Wilding sees making more of an impact in 2014 is omnichannel delivery. He pointed to UK retailer John Lewis as an example of an organisation that has been extremely successful in managing online sales.

The pressure being felt by retailers from consumers who expect to be able to log on and see precisely where an order is on its journey will be passed along the chain to first- and second-tier suppliers, he added.

“The key thing we’re going to start to see from a management accounting perspective is what we call cost to serve,” Wilding said. “What supply-chain and procurement professionals need to know is how much does it really cost to serve a particular customer group with a particular product.”

Rather than a traditional accounting approach based on averages, this requires an activity-based approach, he said. Procurement professionals will need to provide a ballpark cost-to-serve figure to guide decisions and find out whether one customer is costing more than another, or if one product is costing more to move through the supply chain.