The release of a highly anticipated proposed framework Tuesday heralded a new chapter in the evolution of corporate reporting.

The International Integrated Reporting Council (IIRC) made public a framework consultation draft—a blueprint for how the group hopes businesses will communicate with stakeholders.

Developed with input from business, investors, standard-setters, accounting bodies and non-government organisations, the framework is designed to build on existing practices in financial and non-financial reporting.

An integrated report (IR) is a concise communication about how an organisation’s strategy, governance, performance and prospects, in the context of its external environment, lead to the creation of value over the short, medium and long term.

Integrated reporting, as described by the IIRC, aims to:

Corporate reporting has not kept pace with the risks of financial instability and unsustainability that threaten the livelihoods of communities across the world, Mervyn King, the IIRC chairman, said in a news release. Integrated reporting gives businesses the responsibility to communicate how they create value over time.

“[Integrated reporting] will lead to changed behaviour, a focus on the future as well as the past, and a reporting model that reflects and communicates the reality of business, its operations and its impacts, in the 21st century,” King said.

Comments on the proposal, which can be made through the IIRC website, are due July 15th.

The IIRC, which held 15 events around the world on Tuesday to launch the proposed framework, has been working with businesses and investors in a pilot programme to develop the framework draft through trials and testing. The goal is to provide transparency about intangible factors such as intellectual property, brand, talent, and environmental resource use that, in the IIRC’s view, have been insufficiently integrated into strategic decision-making and reporting. 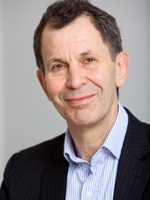 “The IIRC has built consensus around the idea that the current corporate reporting model must change to meet the needs of today’s business and investment environment,” IIRC Chief Executive Paul Druckman (at left) said in a news release. “The framework is the product of business and investor input and testing involving over 300 individuals and organisations.”

HSBC and Unilever are among the participants in the pilot programme and were represented at the IIRC’s launch event in London. Unilever CFO Jean-Marc Hüet said the move to integrated reporting has allowed management to make more holistic decisions in areas such as capital expenditure.

“Internally, it’s helping us make much better trade-offs,” Hüet said. “Let’s say there is a capital expenditure investment that needs be taken into account, it will not be purely driven by just financial KPIs. All the way up the chain we will be asking ourselves what are the financial and non-financial consequences and uses of that capital expenditure programme.”

Another benefit for Unilever is that integrated reporting allows the company to demonstrate to internal and external stakeholders that it operates a sustainable business.

“If you go to the young consumer today, wherever in the world, they absolutely care about sustainability,” Hüet said. “It is incredibly important to demonstrate how sustainability can drive growth and reduce cost. It’s hugely important to our investors and consumers, and increasingly to employees that want to work for good companies.”

HSBC group Chief Accounting Officer Russell Picot said the major benefit of HSBC’s integrated reporting evolution has been a “de-cluttering” of information that is presented internally and externally.

“The clarity of expression of our business model has great benefits,” he said. “We’ve got 270,000 people working at HSBC, and banks are quite complex. If you actually manage to describe … the essence of what we do, it’s actually a great benefit to the outside world and also the inside world. It gives our employees clarity about what people do when they come to work and the essence of what they are trying to achieve.”

Picot and Hüet both said the major challenge to an integrated reporting model is establishing and reporting non-financial KPIs that are consistent and comparable.

“There are a lot of challenges around this because essentially it is like asking someone who is English to speak French from one day to the next,” Hüet said. “It’s a new language, and the lack of comparability combined with the amount of time it takes to give third-party assurance to some of these KPIs is a difficult challenge.

“Most of these KPIs need to be measured over a long period of time, whereas financial KPIs are measured by a fiscal year.”

The principles guiding contents of an integrated report are described as:

An integrated report should be a stand-alone document, according to the framework draft, that focuses on seven key areas:

1. Organisational overview. IRs would describe what a business does and the circumstances it operates under. This includes culture and ethics; ownership and operating structure; principal markets; products and activities; and the competitive landscape and market positioning. Data on workforce, revenue and geographical reach would be included, and factors that affect the external environment would be analysed, including legal, commercial, social, environmental and political factors.

2. Governance. An IR would provide insight on how an organisation’s governance structure supports its ability to create value in the short, medium and long term. This would include leadership structure; strategic direction and approach to risk management; how culture, ethics and values affect capitals; and how remuneration is linked to value creation.

3. Opportunities and risks. An IR would explore the opportunities and risks that affect an organisation’s ability to create value over the short, medium and long term, and how the company is dealing with them. Reporting would identify the source of internal and external risks, assess on the likelihood the opportunity or risk will come to fruition and its potential magnitude, and show steps that are being taken to mitigate risks.

4. Strategy and resource allocation. An IR would describe where the organisation wants to go and how it intends to get there. It would identify the means by which an organisation plans to achieve its objectives, including how it plans to deploy resources to implement its strategy. How the organisation would measure outcomes also would be reported.

5. Business model. Reporting would include key inputs and how they relate to the capitals from which they were derived. The report would describe key business activities, such as how the organisation differentiates itself in the market, how the need to innovate is approached, and how the business model has been designed to adapt to change.

6. Performance. An IR would describe the extent to which the organisation has achieved its objectives, and how its outcomes have affected the capitals. The state of key stakeholder relationships would be described, and links between past, current and anticipated future performance would be described.

7. Future outlook. Challenges and uncertainties that the organisation is likely to encounter would be described in the report. The possible effects of these challenges on the business model and future performance would be reported as the IR describes how the organisation is equipped to respond to difficulties it may face.

The American Institute of CPAs (AICPA) and the Chartered Institute of Management Accountants (CIMA), which through a joint venture created the CGMA designation to elevate the profession of management accounting, have supported the IIRC and have been longtime advocates of integrated reporting.

“The AICPA has long supported efforts to develop a voluntary global framework for business reporting to complement financial reporting,” said Melancon, who recently was appointed to represent the AICPA on the IIRC council. “The release of the draft framework represents important progress toward this goal.”

Tilley, who also is a member of the IIRC council, said integrated reporting is more relevant reporting and provides an explanation of the business model and how value is created.

“This provides real value to business, both internally through integrated thinking and staff motivation, and externally by more effective communication to stakeholders,” Tilley said. “Ultimately it connects long-term sustainability to short-term profitability.”