African music is having a golden moment. In March, Nigerian Afrobeats star Burna Boy (whose real name is Damini Ogulu) won Best Global Music Album at the 63rd Grammy Awards, while his compatriot Wizkid won Best Music Video for his Brown Skin Girl collaboration with Beyoncé. The popularity of these artists and Afropop more broadly reflects a growing appetite for African music and culture — which is being propelled by social media, online concerts, and the proliferation of digital service providers (DSPs) such as Apple Music, Boomplay, and Spotify.

According to Okonkwo, these artists are being "heavily discovered and consumed" on YouTube in particular, which is creating new revenue opportunities in markets such as the US, UK, and France. In these markets, Mavin Records can benefit from a higher average revenue per user (ARPU), which denotes the value of a user's stream in a particular region. 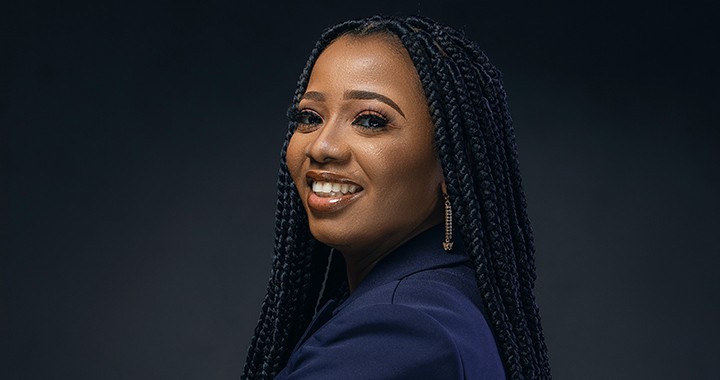 Sean Watson, managing director, Sony Music Entertainment Africa, which houses stars including Wizkid, Gyakie, and rapper AKA, said that artists are now "plugged into the global game" because of the access provided via global DSPs.

"We're tapping into new audiences in markets previously disconnected from African music, and we're able to reach the large African diaspora around the world more than ever ... bringing huge opportunities for our artists," Watson explained.

Additionally, in the absence of live concerts due to social-distancing restrictions over the past year, many artists have participated in virtual events streamed live to paying audiences and thus gained further exposure to lucrative foreign markets.

"There is incredible potential to replicate the concert experience online using technology such as augmented reality, although it is still very early days and, at this point, fans don't really get the feeling of being a part of the live experience," said Amal Ratnayake, FCMA, CGMA, a former CIMA president who is the CFO at officialCOMMUNITY, an online global brand management and e-commerce agency for the music industry that represents recording artists including James Taylor, Mark Knopfler, Bonnie Raitt, and Santana.

Yet while streaming live concerts is a concept still in its infancy, Ratnayake said that the explosion of digital music platforms is prompting a massive overhaul of existing business models within the industry.

"The way in which music is consumed has changed dramatically, and no one really considers buying music anymore," he said. "While this has been great from the consumer's perspective, there are going to have to be changes in revenue models and in determining what goes to rights holders and what goes to the artists ... so we can expect new innovations and structures to emerge."

At Mavin Records, for example, the label is expanding through formal partnerships with the likes of YouTube, and by producing original content, such as "Comments With Ayra Starr" and "Johnny's Music Mondays", that goes beyond typical music videos. In this way, the organisation is transitioning from a traditional music record label to a multifaceted entertainment company — offering services such as content production, brand activation that generates awareness, influencer marketing, merchandising, and music licensing and publishing.

"The expansion in services is a general strategy that we are employing to connect African entertainment and culture to the world, piggybacking on music as our foremost and primary asset," Okonkwo explained. Yet capitalising on these global opportunities requires the organisation to leverage financial and accounting expertise, and particularly the niche area of royalty accounting (see the sidebar, "Turning Creative Flair Into Business Success").

"We have had to put world-class structures — financial and otherwise — into place, that enhance transparency, accuracy, and accountability," Okonkwo added. "I have learned to employ a lot of financial modelling, scenario-based analysis, simulation, and sensitivity analysis to ascertain the real value of commercial opportunities and to advise on potential deals."

Although the diversification of content production to areas such as brand activation and influencer marketing is profitable, Mavin Records, like many other labels, is ultimately focused on the fast-growing appetite for streaming music.

"Our overall strategy across all endeavours is being repurposed to either subtly or outrightly trigger streaming from fans and customers," Okonkwo said. "Streaming has also helped in mitigating costs with regards to physical production and inventory management."

According to PwC's Global Entertainment & Media Outlook 2020—2024, streaming revenues in Africa's three biggest markets — South Africa, Nigeria, and Kenya — will see average annual growth in revenue of 25%, 34%, and 27%, respectively, in the five years to 2024. These growth rates are forecast to result in consumer streaming revenue gains of $69 million in South Africa, $105 million in Nigeria, and $22 million in Kenya over the same period.

"While physical recorded music has been on a dramatic decline over the past ten years, we are now also seeing digital downloads going into their own decline," said Charles Stuart, director, technology, media, and telecommunications at PwC South Africa. "With streaming, there is now a far better option for consumers on the table, with access to millions of tracks at a fraction of the cost of downloads. This is the new growth engine for the music industry."

Watson echoed this sentiment and said that streaming is now "at an all-time high in terms of appetite and business", with Apple's and Spotify's recent expansions across Africa serving as "testimony to the value that is being built".

"Furthermore, entrepreneurs in some markets are creating local digital service providers, and international companies are focusing a lot of their effort on Africa as a growth opportunity for streaming," he said.

The continent's unique digital evolution has been propelled by the rapid growth of mobile telephony, whereby mobile phones have revolutionised banking and trade — while ushering in access to previously inaccessible social, cultural, and business communities.

"Most of this happened on basic phones and feature phones, but the introduction of affordable smartphones and growth in smartphone penetration has created space for streaming to grow," Watson added. "It's the growing infrastructure and organised distribution that will continue to formalise the streams and revenue in Africa."

While the streaming market is showing considerable growth in the continent, Ratnayake said that, as with online events and other virtual formats, there is lots of work still to be done before streaming can become a "fair and profitable" model for all stakeholders.

For example, when collecting revenues from advertisements displayed before music videos on YouTube, what portion of this advertising revenue must be conceded to artists, copyright holders, music labels, producers, etc?

"This requires developing an understanding of the value chain from end to end, and that's the tough part," Ratnayake said. "One needs to gain a detailed understanding of the value and cost drivers of each venture in order to develop sustainable revenue-sharing agreements between all parties ... and this is where a skilled finance professional can make an immediate and important impact."

At Mavin Records, this is precisely how Okonkwo and her finance team are bringing a formal structure to the "varying value of streams across platforms", which is highly dependent on multiple factors including subscription tier and territory.

"Cost/benefit analysis is always employed in deciding for or against ventures," she said. "Whilst some of these ideas may look good qualitatively, they may be a misalignment of our goals at the time, as some of these activities require considerable time and resources to scale from infancy."

In addition to this analysis, Okonkwo emphasised the importance of working closely with artists and rights holders and educating them around the risks of elements such as neglecting to sign a split sheet (a legal contract that stipulates the rights holders' and collaborators' percentage financial share on a recording) — which makes it difficult to fully account for royalties and the disbursement of revenues.

"I am constantly interfacing with the artists through various reports of interest to them, the most important being the Artist Profitability report, which they receive monthly, to see their contribution to the organisation's profitability or otherwise," she added.

Although the music industry is rife with challenges and a degree of disorganisation compared to other industries, Ratnayake highlighted that for skilled management accountants, it presents an opportunity to create new systems and models from scratch — and in this way, to become one of the principal architects of innovation.

"It's a sector in which typical ERP programmes and existing financial systems don't necessarily address the unique needs of the industry and its stakeholders, and that's why a CGMA skillset becomes especially important," he explained. "You really have to think on your feet every day, and for professionals that like change and evolution, this is a very exciting industry to be in right now."

For Okonkwo, who has overseen Mavin Records' expansion into the broader digital media sphere, the journey has yielded both personal and professional growth.

"It is intriguing to see how many aspects of a creative's talent can be explored and monetised, and I am constantly blown away by the many new verticals that can be discovered," she said. "I have also had to appreciate the value of interpreting financial indices and bringing them to life in text that readers of financial reports — who are rarely financial people themselves — can understand and appreciate that, indeed, figures speak."

The music industry provides a strong example of how management accounting skills can be harnessed to turn creative talent and ideas into profitable — and sustainable — business ventures. Ifeoma Okonkwo, ACMA, CGMA, finance director at Mavin Records, highlighted four areas in which she brings structure and business savvy to creative ventures.

Okonkwo builds budgets in partnership with the artists and key stakeholders from across departments such as artists and repertoire (A&R), commercial, and marketing. Budgets are key to keeping artists’ expenses in check and are used to monitor variances from actuals so that expenses do not stifle an artist who is still under recoupment (recovery of an advance paid to them).

Where there are indications that an artist’s financial judgement and decision-making is becoming clouded by stardom, financial advisory can be provided to bring a more grounded approach to creative projects.

When assessing whether creative ideas or new commercial partnerships are viable, mini case studies can be developed for each project to simulate projections for “do or do not” decision-making. These case studies include all the details of recoupment, as well as any advances and loans to make sure that there is full transparency from the outset. For example, Okonkwo said that when assessing a potential contract with a DSP (digital service provider) abroad, the proposition could look good qualitatively but would ultimately see Mavin Records achieving less profit as a result of all the associated fees. A simulation analysis can show the numbers and demonstrate that the business would achieve more profit if the same service were to be handled locally.

Learning about royalty accounting, which is often a very small and overlooked part of professional accounting courses, is important for management accountants working in creative industries. Creating and sharing quarterly earnings reports with artists allows royalty earnings and distribution to be tracked.

Jessica Hubbard is a freelance writer based in France. To comment on this article or to suggest an idea for another article, contact Oliver Rowe, an FM magazine senior editor, at Oliver.Rowe@aicpa-cima.com.