'Throughout, it has been a privilege to champion CIMA's centenary and our Future of Finance research.'

In my first FM column as CIMA president in July I set out how I wanted to serve during this pivotal year in our Institute's history.

Throughout, it has been a privilege to champion CIMA's centenary and our Future of Finance research.

As well as looking forward, I have been committed to respecting our great heritage. Our centenary is an opportunity to celebrate what started in 1919 as a small number of leading early 20th century businessmen who were inspired and had the insight to develop a new approach to accounting that met the demands of manufacturing's new mass production methods.

The rigorous and robust Future of Finance research gathered the views of more than 5,500 finance professionals through interviews, roundtables, and a large online survey of members and students. Globally, its impact has been phenomenal. I used the research as a platform to talk to members and students — and a range of other key stakeholders.

In that first July column I identified CIMA's stakeholders whom I wanted to engage with and influence. Top of that list have been members and students — the future of our profession. But I also wanted to ensure I could meet with employers, academics, government representatives, regulators, professional bodies, and the media to make an impact and drive positive outcomes for our members, profession, and organisation.

Meeting members throughout the year has been a great privilege — I have encouraged and inspired them to be brand ambassadors and advocates for our qualifications.

To take one example of many, in Dubai I was privileged to speak to PepsiCo's regional finance team. This company has been successful for more than 100 years and like CIMA has continued to respect its heritage while always taking the business to the next level. It is well understood that the average lifespan of leading companies has dropped dramatically over the past 100 years. It is down from 90 years in the 1920s, according to the London Business School Review, to 17 years today. That puts CIMA's 100-year-long timeline of success clearly into perspective.

Further opportunities, in the UK, to meet, listen to, and engage with members were in March and April, when I spoke at a series of "President's Roadshows" in major cities.

My visit to Christ University in India impressed me enormously. It is not surprising that a large number of Indian CFOs studied there either at undergraduate or masters level. It is difficult to fully comprehend its students' work ethic — lectures start at 6.30am and after they end at 5pm, there are music and dance activities. Classroom-based study also continues on Saturdays.

The heart of India's tech industry — its "Silicon Valley" — is in Bengaluru (Bangalore). There I presented on the Future of Finance to potential students at Wipro, the 160,000-employee global information technology, consulting, and business process services company.

Poland has enjoyed continued growth since 1992 — the best record of any European country. Our students — and members — are part of that success, and it has been valuable to visit and meet many of them.

During the year I engaged with a large number of employers with a twofold aim: to build and deepen CIMA's relationship with them and to drive the value of and demand for the CGMA designation.

Meetings ranged from small groups of employers, for example, an IBM-hosted event in London with ten CFOs, to one-to-ones, for example, with the chairman of Deloitte India.

My aim here was to profile the Association as the leader of the future of finance space and as the expert in defining the future skills and competencies for tomorrow's finance professionals.

A part of my work this year has been to build advocacy amongst academics for our qualifications and CIMA membership. Engaging with this key audience on the Future of Finance research has been an important strand of work and highly instructive all round. One highlight was taking part in a very lively academic roundtable in Auckland. Scheduled for two hours, it was still going strong after three and a half.

Sri Lanka is one of our larger markets. I was pleased to attend CIMA's annual flagship event there: the Business Leaders' Summit, which attracts a large number of senior business leaders. A government minister acknowledged in a speech there that CIMA had been instrumental in the development of the Sri Lankan economy. I also met other key figures in the Sri Lankan government and was able to discuss a range of issues.

Engaging with the media is on the agenda of any CIMA president to build awareness of who we are. For me, this has meant interviews with a diverse range of media including the popular UAE Arabic-language newspaper Al Bayan; the Manchester Evening News in the UK; Poland's national daily economic and legal newspaper Rzeczpospolita; and television interviews in Botswana and Canada.

I have embraced social media, too. By the end of my year as president I will have completed ten Facebook Live videos and reached an audience in the hundreds of thousands.

On a personal level, the year has been both challenging and rewarding. CIMA's great history, born out of the early years of mass production, is an example to many of how an organisation can ride the waves of economic, social, and technological change and emerge with strength for long-term success.

I believe organisations need to innovate to survive and thrive. The same is true for individuals — we need what psychology professor Carol S. Dweck, Ph.D., describes as a "growth mindset", which leads to a desire to learn and an ability to confront and surmount obstacles. Finally, I want to quote industrialist and philanthropist John D. Rockefeller's challenge: "It requires a better type of mind to seek out and to support or to create the new than to follow the worn paths of accepted success." 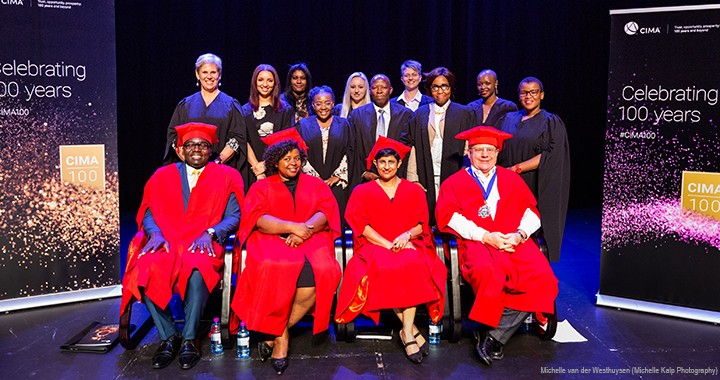 The CIMA delegation and Cert. BA students at the Gauteng graduation ceremony in Pretoria, South Africa, in March 2019. 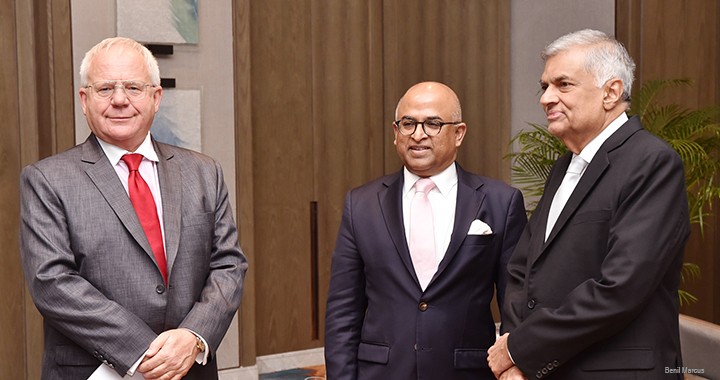