In 2015, China surpassed the US to become the largest market for consumer electric vehicles in the world. In 2016, 45% of all new electrics were registered in China, according to the International Energy Agency.

It's a veritable bonanza, with hundreds of domestic manufacturers rushing to capitalise on government subsidies that can cut the cost of a new vehicle by half for consumers.

"We believe China will become a global leader in this industry," said Bing Mei, CPA, CGMA, the CFO for Kandi Technologies Group, a seller of electric vehicles and related parts that is based in Jinhua, Zhejiang province. "We all know Tesla — a great company in the US — and this is our model. We want to become the Chinese Tesla."

But the government incentives that drive down prices and costs are far from guaranteed, as Kandi learned in 2016. A delay in subsidy payments drained the company's third-quarter revenues by 87% in 2016, and shares of many domestic competitors have dropped too as the government has reassessed its incentives programme. As of the end of the second quarter of 2017, Kandi still was waiting on tens of millions of dollars' worth of delayed incentives payments.

Now, he's trying not just to help Kandi recover from the short-term changes, but also to prepare for the true challenge ahead: a market with drastically reduced government support.

China's central government at the end of 2016 announced major changes to the lucrative subsidy model. It slashed the value of subsidies by 20% in 2017 — and that is only the beginning.

The clamp-down came after suspicions that companies were taking unfair advantage of the subsidies. Kandi's partner in a joint venture ultimately was penalised over disagreements with the central government about whether its battery exchange model fitted the rules of the incentive programme, Bing said. Numerous other manufacturers were penalised more severely.

Bing was hired late in 2016 after the subsidy questions began. His first year at the company was a difficult one, he said, dominated by continuing questions about subsidies.

"In 2015, we ranked number one in the domestic market for pure EV sales," he said. "In 2016, because of the subsidy investigation, we didn't have a good year. Same as this year, 2017. We are still trying to recover from the impact."

Things won't get easier in the years ahead. It's expected that the government may repeat the subsidy reduction several times, possibly ending the per-vehicle subsidies altogether around 2020.

In response, Bing and his colleagues are planning a two-stage evolution that attempts to tap new markets.

They see an opportunity to build a gold-standard electric vehicle as a tightening market winnows the competition, he said. But they also want to expand further into the sharing economy with a car-sharing system. The goal: Make vehicles accessible to consumers in urban China, where strict government rules and fees can limit ownership.

Bing believes that the company can guarantee its future by changing how the market itself works. First, though, Kandi has to survive the changes that are already in motion.

"The pressure is on companies to make convincing investments in their production — to not rely on government funding, to basically prove that they can attract private investment, merge, or form cooperative ventures with other companies in the sector," said Julia Coym, a senior analyst who monitors political and regulatory risks to automotive makers in China for the consultancy Control Risks.

First and foremost, Bing's short-term goal is to monitor the shifts ahead so that the company can maintain cash flow.

To that end, Kandi has built up in-house resources to generate and analyse data. In 2017, the finance department grew to more than 40 people in total.

"We need to make sure this transition is profitable," Bing said. "Before we take any step forward, we always do a lot of management accounting: analysis, forecast, planning."

He has tried to enable higher-level thinking by simplifying and clarifying the accounting function's processes. For example, he has revised the company's accounting manual to clearly explain the differences between financial rules for China and for the US, where Kandi is Nasdaq listed.

"This isn't about new technology," he said. "You need to improve your process, improve the procedure. I also simplified the process to make it easier to use, easier to understand, and to eliminate errors."

Meanwhile, he's trying to instil continued vigour in his finance staff, most of whom he hires from within China.

It's not enough to simply survive. Kandi has to use the subsidy change as an opportunity, Bing said. He believes that the company should embrace rising prices, presenting a product that justifies the increased cost and capitalises on the rise of China's middle class.

That aligns with what the government wants these companies to do. "In this transition period, the idea is to cull the flock a little bit, to see which more capable, innovative companies remain," said Coym, the Control Risks analyst.

But it won't be an easy change. The initial drop in subsidies last year corresponded with a 74% decrease in monthly sales for alternative-energy cars in China, according to BloombergMarkets. Bing wants his department to quantify and predict how those changes will roll across the bottom line. "If we can't lower our price, then definitely we will have some pressure on our sales," he said.

At the same time, the new subsidy policy will introduce new technical requirements. Companies that can't keep up may lose access even to the reduced subsidy, according to Bing, or they may lose the right to compete in the space altogether, Coym said. That's both a challenge and an opportunity.

The central government is dangling a new opportunity for vehicle manufacturers even as it ratchets down incentives. The government announced that it will move toward the all-out elimination of fossil-fuel vehicles, potentially beginning in 2019 with quotas requiring large automakers to produce significant quantities of electric vehicles.

"If they cannot meet their target, they can buy the product from another company," Bing said. "We saw this new policy and the government's new movement as a big opportunity for someone like us."

In the short term, Kandi hopes to solidify its status as a midtier manufacturer in the post-incentive market. But it also is taking inspiration from US transportation companies' attempts to leap out of their initial business models.

Tesla, for example, already has adapted its EV technology for use in home-powering batteries. Uber is experimenting with autonomous vehicles. And General Motors is offering up its own electric vehicle for super short-term rental by people who are, say, driving for Uber or delivering packages for companies such as Amazon.

Kandi, like GM, is trying to tap into a new market that breaks free of the traditional ownership model. Through a service company, Kandi has launched a vehicle-sharing programme as a pilot in 24 Chinese cities through which people can rent a car for as long or short a period as they would like.

Local governments in China have tried to reduce congestion with costly fees for anyone hoping to license a personal vehicle. Bing figures those limits will push customers to use Kandi's rental system. "I think this is the future for China's transportation," he said.

And he hopes to prove that it works even in an environment of continued regulatory disruption.

Andrew Kenney is an FM magazine contributing editor. To comment on this article or to suggest an idea for another article, contact Jack Hagel, an FM magazine editorial director, at Jack.Hagel@aicpa-cima.com. 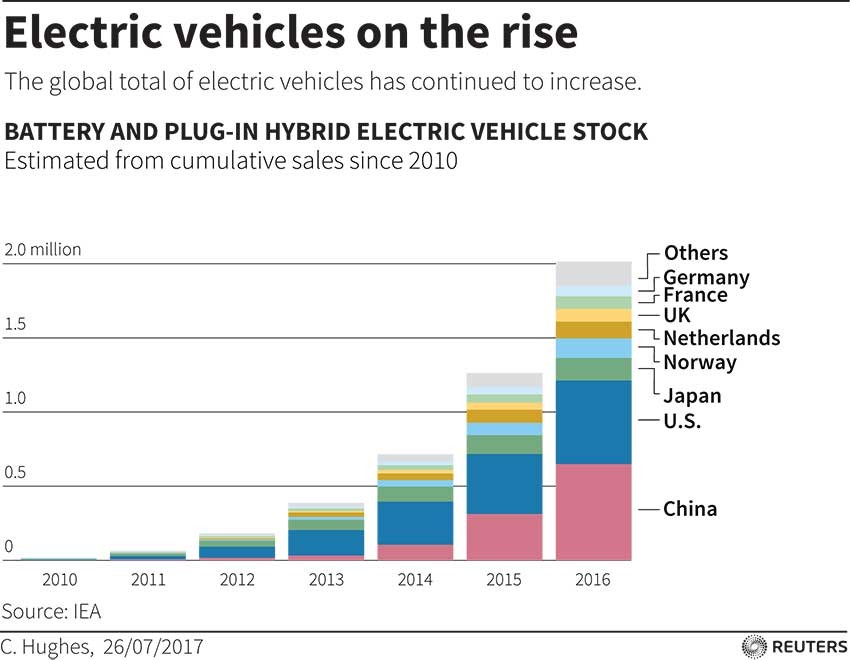