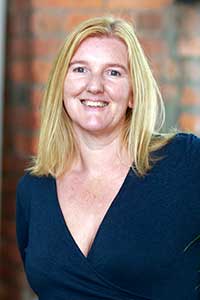 People are complicated, no matter the business. For Nicola Cadwell, ACMA, CGMA, an early-career role proved to be a test of her ability to manage the human element of projects. She had to figure out how to work with the creative personalities of The Jim Henson Co., which has produced such beloved properties as The Muppets and Dinosaur Train.

Cadwell worked in the late 1990s at Henson's warehouse film-advertisement studio in London. "I loved that job, because I got to work with people who were creative, and I'm not very creative at all," Cadwell said. But it certainly came with its challenges.

"When you're dealing with people who spend their day either building an animatronic robot or building a puppet, or they are on set producing a commercial, the last thing they want to do is talk to you about how much [money] they spent that week on a particular project," she said.

The often-painful process of corralling cost reports from the creative side was an exercise in keeping disparate interests on track in an unpredictable environment. The key, she said, was to show the value of partnership. "I would ask the creative people to put in their time sheets and put their cost reports together" based on their time sheets, invoices, and expenses, Cadwell recalled. "But on the other side of the fence, they would come to me and say, "˜Can you tell me how much I spent this month?'"

She used those requests as opportunities to build the relationship between creative and finance and to build her own abilities. "I couldn't help someone if they were building a robot or doing some computer-aided design — but if I saw a project manager was very busy, I'd offer to do the paperwork for them," she said. "Just doing that ensured I wasn't in the finance room, the accounting room. I was in the project management room."

That early experience served her well when she joined Microsoft UK as a CRM solution consultant and in her current role at Purely CRM Consulting in Vancouver, Canada, designing and deploying complex enterprise data-management solutions. She traces some of her success to her time at The Jim Henson Co. — and she shares what she learned there with younger team members at Purely CRM. She encourages her colleagues to learn through experience, observation, and persistence — a philosophy Jim Henson himself might have loved.