A decade ago, the emerging economies of Brazil, Russia, India, China, and South Africa drew much attention from multinational companies looking for business opportunities. The BRICS still receive large amounts of investments, but rising labour costs and economic cooling have companies looking for a new batch of rapid-growth markets.

Corruption is a problem in the MINTs. Other challenges include risks due to drug violence, religious strife, and outbreaks of deadly communicable diseases. But urbanisation and rising labour productivity drive business opportunities in the MINTs.

Mexico City, Jakarta, Lagos, and Istanbul — the MINTs’ largest cities — will be among the top 25 economic hotspots by 2025, according to McKinsey & Co. 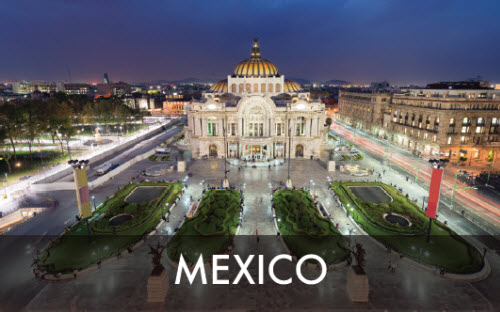 Mexico features a relatively stable macroeconomic environment, a sound banking system, a domestic market that allows for economies of scale, and decent infrastructure.

A member of the North American Free Trade Agreement, Mexico has long benefited from its close relationship with the US, but it also felt the damage the financial crisis did to its northern neighbour, according to International Monetary Fund data. Economic growth has been erratic and slow in the past five years (1% in 2013).

Corruption and crime have also been major challenges of doing business in Mexico, according to data from the World Economic Forum’s 2014 Executive Opinion Survey, which was conducted in more than 140 countries and involved 14,000 business leaders.

But a slowly recovering US economy and the election of a new political leader in Mexico stirred up a fresh breeze.

Since President Enrique Peña Nieto took office in December 2012, Mexico has pursued multiple structural reforms, including in the financial sector, education, energy, and taxes, according to the World Bank.

For example, the country plans to open its power grid to private power generators and allow them to compete with the state electricity company.

The World Bank expects Mexico’s economy to gradually recover as exports to the US and public expenditures normalise. Economic growth is projected to increase to 3% to 4% over the next few years.

Mexico’s new administration has also had some success in its fight against drug violence, which has been a problem in the country. In February 2014, government forces arrested Joaquin “El Chapo” Guzman, considered the world’s most powerful drug kingpin.

And Mexico has developed into a regional leader in promoting environmentally friendly technologies, according to EY. In the past two years, Mexico has committed to reducing greenhouse gas emissions by 30% by 2020 and 50% by 2050. To meet the goal, the country will have to generate at least 35% of its electricity from renewable sources by 2025. 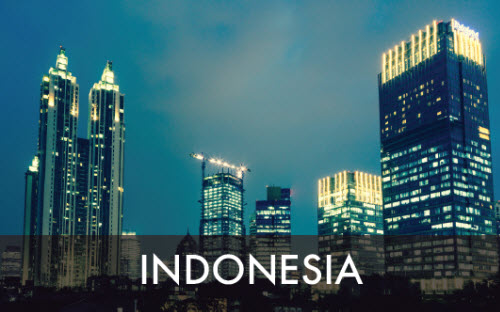 In the past few years, Indonesia has mounted concerted efforts to address some of its biggest challenges, which has done wonders to the Southeast Asian country’s competitiveness for investors.

Indonesia’s government has stepped up funding to upgrade roads, ports, water facilities, and power plants, according to the World Economic Forum. The private sector is quickly adopting the latest technologies, and use of information and communication technologies is rapidly increasing in people’s daily activities.

Efforts to reduce inflation are also underway. The rate, which peaked at 8.2% in January 2014, has eased to 7.3% and is projected to drop to 5% or lower over the next four years, according to an EY report on rapid-growth countries.

Indonesia’s economy has grown about 5% annually over the past decade and is projected to continue at a similar pace, mainly driven by domestic demand, according to the World Economic Forum and the EY report. Gross national income per capita increased from $2,200 in 2000 to $3,563 in 2012. The World Bank predicts that the population in Indonesia, already the world’s fourth most populous country, will increase 4% to 264.4 million by 2018.

EY ranks Jakarta, Indonesia’s largest city, among the 20 cities with the largest economic output. Rapid urbanisation is projected to double the number of cars on Jakarta’s roads to 5 million in the next decade.

But serious challenges remain. Corruption is the biggest challenge (15.7% of respondents), according to data from the World Economic Forum’s 2014 Executive Opinion Survey. The second biggest concern was access to financing (10.6%).

Indonesia ranked 107th out of 175 on Transparency International’s 2014 Corruption Perceptions Index. The country lost an estimated $181.83 billion to illicit financial outflows from 2002 to 2011, the eighth highest amount worldwide.

Poverty and poor public health are also issues, according to the World Economic Forum. Indonesia has among the highest incidence of communicable diseases and rate of infant mortality outside of sub-Saharan Africa. 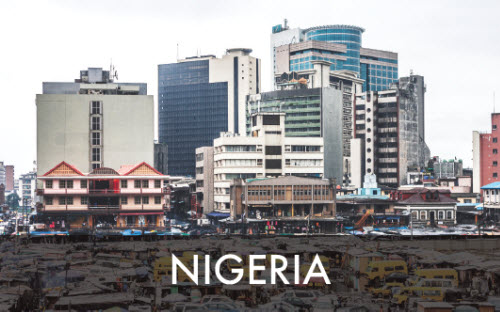 Nigeria has enormous potential for economic growth, but Africa’s largest economy must first tackle serious challenges to deliver on its promise.

Its ranking in the bottom fifth of the World Economic Forum’s Global Competitiveness Index the past four years reflects Nigeria’s situation. In 2014–2015 the country was 127th out of 144, even though it has the largest natural gas reserves in Africa and is the continent’s biggest oil exporter, according to the World Bank.

The country’s potential is in its population and the size of its market, which offers economies of scale attractive to foreign direct investments. Already the continent’s most populous country, Nigeria is projected to be home to 194.2 million in 2018, about a 10% increase over four years, according to the EY report and the World Bank. In the same period, GDP per capita is expected to rise about 33%.

By 2025, Lagos, Nigeria’s largest city, with a population of more than 11 million, is projected to add another 13 million people.

Financial services and telecommunications are among the fastest growing sectors, according to the World Bank.

To unlock its economic potential, Nigeria has to also improve its infrastructure, tackle corruption, and ease access to financing, according to data from the World Economic Forum’s 2014 Executive Opinion Survey.

Corruption is one of Nigeria’s biggest issues and one of the top two concerns among Nigerians and executives doing business globally. About one-fourth of all respondents in each survey said reducing corruption is an issue facing Nigeria.

Also, the security situation in the country, already worrisome, continued to worsen last year. The US State Department has issued a warning to Americans to avoid travel in parts of Nigeria where terrorist groups are active. 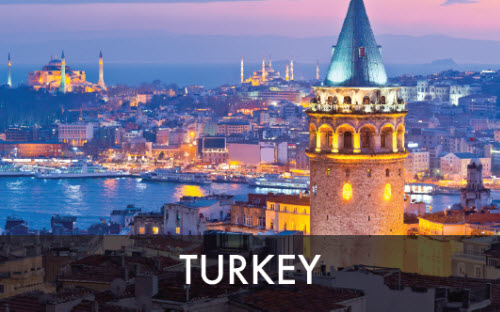 With the onset of the euro-zone crisis, economic growth in Turkey slowed, according to the World Bank. The country is tied in with many advanced nations, especially in Europe.  Turkey is a member of the Organisation for Economic Cooperation and Development and the Group of 20 and a longtime candidate for full membership in the EU.

By 2010 and 2011, though, Turkey’s economy was again humming at an annual growth rate of about 9%, according to the International Monetary Fund.

A nation that for thousands of years has been an intersection for trade between Europe and Asia, Turkey has a vibrant business sector and fairly developed roads and air transport, according to the World Economic Forum.

In the past decade, Turkey has advanced 16 spots in global competitiveness, and foreign direct investments rose from about $1 billion to about $13 billion in the same time, according to the World Bank. EY ranks Istanbul, Turkey’s largest city, among the 20 cities with the largest economic output.

Corruption is a problem, but a less serious one than in many other rapid-growth markets — Turkey ranked 64th out of 175 on Transparency International’s 2014 Corruption Perceptions Index.

But domestic challenges arose in the past two years that have cost Turkey’s economy, according to the World Economic Forum. A rising fiscal deficit and inflation that is projected to have reached 8.6% in 2014 have worsened the macroeconomic environment, and Turkey fell one rank to 45th on the World Economic Forum’s 2014–2015 Global Competitiveness Index.

Turkey’s central bank has tried to bring inflation under control, increasing interest rates 550 basis points in early 2014, and the lira has recovered some since then. But inflationary pressures remain high, and investment contracted sharply in the first quarter of 2014, according to the EY report on rapid-growth markets.

Also, Turkey borders Syria and Iraq in the south and is dealing with large numbers of refugees fleeing Syria’s civil war and advances by the Islamic State in Iraq and Syria.

The top concerns for executives doing business in Turkey are inefficient government bureaucracy (11.7% of respondents), policy instability (11.5%), an inadequately educated workforce (10.9%), tax rates (10.8%), and access to financing (9.2%), according to data from the World Economic Forum’s 2014 Executive Opinion Survey.