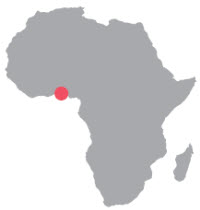 McKinsey Global Institute named Lagos one of 20 emerging growth megacities that together will generate an estimated $5.8 trillion of GDP growth by 2025 — a compound annual growth rate of 7.6%. It is home to Nigeria’s financial institutions and more than half of its manufacturing sector.

“The opportunities for business are promising, but patience is a key requirement,” says Samantha Louis, regional director in Africa for the Chartered Institute of Management Accountants. “The Nigerian business community has a world-view and is expanding rapidly across African and global markets.”

Construction permits: These take an average of 85 days to obtain, which is two months quicker than the OECD average.

Securing electricity: It takes an average of 260 days to establish permanent electricity in Nigeria, making it among the ten most difficult countries in which to get electricity.

Corruption: Nigeria is 139th out of 176 countries on Transparency International’s corruption index. Nigerian regulators have prosecuted and convicted a number of high-profile individuals in the past decade, but most of them have escaped effective sanctions, the organisation says.

Commercial rent: Real estate consultancy Knight Frank ranked Lagos as one of the most expensive global central business districts for commercial office space — up to $85 per square metre per month — as of early 2013, placing it near cities such as Sydney and Dubai.

“The main challenge facing businesses in Lagos (and the rest of the country) is the lack of a stable power supply,” he said. “Businesses have to rely on generators to provide power, and this has a significant effect on cost.” Other challenges facing businesses in Lagos include poor quality infrastructure, traffic (valuable man-hours are spent in traffic whilst trying to move around the city), a multiplicity of taxes and poor internet connectivity.

Strong sectors in the economy are financial services, hospitality, transport and manufacturing. These industries are supported by an increasingly sophisticated middle class.